Warriors
Rural Women Around the World

This book is the brainchild of the Inter-American Institute for Cooperation on Agriculture (IICA) and CORTEVA Agriscience, and is a revised and expanded edition of the 2018 book launched in commemoration of the International Day of Rural Women. Its publication pursues a dual purpose.

The first and more explicit purpose is to pay a long overdue tribute to a figure that is key for the food security and economic and social progress of our continent.

This acknowledgment of rural women comes at a very timely moment, when a seemingly contagious movement of great proportions is sweeping across much of the world, shedding light on an enormous problem: approximately half of society suffers discrimination. That movement, which is essentially urban, is also present in rural areas.

The second and more ambitious objective - one that commits our institutions to a continuous and tenacious effort - is to launch a necessary public discussion that will stimulate the design and implementation of high-quality policies that will improve the lives of rural women.

We are already taking concrete steps in that direction.

Nearly 40 % of women who live in rural areas of Latin America and the Caribbean do not have their own income, compared with 14 % of rural men. Moreover, fewer than one-third of rural women hold the title to the land on which they live. In the rural milieu, there is also a generalized lack of recognition of the different types of work done by women.

Rural women are at a disadvantage with men who live in the countryside, as well as with urban women. Responsibility for reducing these gaps not only rests with governments, but also with civil society, which must make a commitment to address this problem.

This task also requires efforts to raise awareness in the mass media, organizing and promoting an interest in addressing a topic that has not been given sufficient space to allow for the forging of a great social coalition capable of transforming society.

Seen from an urban perspective, the studies carried out on gender relations in rural settlements are a kind of portrait reminiscent of a daguerreotype or a sepia photo, but created in the contemporary era.

These portraits reveal a constituent part of those relations, which are reflected in comments such as “she helps with the farm work” or “she doesn’t have any financial responsibilities”, compiled in an important work by the researchers Maria das Graças Rua and Miriam Abramovay, entitled “Compañeras de lucha o coordinadoras de cacerolas?”

The truth is that rural women not only play a vital role in the home, but also make a major contribution to production. In other words, they are jointly responsible for productive development, and also ensure the stability and survival of their families.

In spite of this situation, agricultural surveys confirm the undeniable state of social fragility that greatly concerns us. These surveys tend to underestimate women’s role in agriculture, often due to the omission by the women themselves, of their links with agricultural activities, while giving priority to household chores.

Although much progress has been achieved in recent years in terms of women’s empowerment and promoting gender equality, in the rural milieu women continue to be the ones responsible for looking after children and the home, preparing food and gathering firewood and water. Domestic work is not recognized as work. It is considered “natural” and “required” and little value is placed on it.

Women who live in rural areas of Latin America and the Caribbean are the ones who suffer most from the social, political and economic disparities in our countries.

It is necessary then to encourage the political participation of rural women in order to make their problems visible and begin to resolve them by ensuring their genuine representation at the heart of their communities, in parliaments and in the national, provincial and local governments. Empowerment is also about this process.

In all spheres, the unprecedented advance of information and communication technologies allows for an extraordinary exchange of ideas and reflections on a global scale. This book is also the result of this phenomenon, since it brings together experts and personalities from the five continents to shed light on the problems of gender in rural areas.

It is a comprehensive endeavor that reflects the global scope of initiatives undertaken by IICA and CORTEVA Agriscience, and involves the participation of individuals from different areas, mainly women, who have had the privilege of moving among various cultures, exploring trends and options and who present, in this body of work, all sides and nuances of a story.

The authors capture, describe, interpret and transmit realities, and with them experiences, moods, emotions, commitments and points of view, in articles that express indignation, the intimate personal and family histories and, above all, ideas and proposals, revealing facts and aspects that would remain opaque or hidden if it were not for the sensitivity and sense of freedom that characterizes this initiative.

The texts contained in this book repeatedly highlight the debt pending with respect to rural women’s economic participation, and insist on the need to guarantee their full access to education, employment, property, health and justice. They also stress the urgency of encouraging their involvement in decision-making.

The authors present well-founded claims and valid calls for the implementation of solid, long term public policies that benefit them. The fact is, unless governments and civil society pay greater attention to the situation of vulnerability suffered by rural women, the existing gaps will widen, bringing painful social consequences.

Some of the enlightened voices maintain that tackling the challenges ahead is not dependent upon large disbursements of public funds; instead, they believe, it requires decisive political will that neutralizes discrimination.

The writers also draw attention to the absence of incentives for young women to develop innovative ideas in their communities of origin. They note that the migration of rural populations is triggered by the lack of services, and that the roots of these populations are directly dependent on women.

They insist that it is crucial to take full advantage of the opportunities afforded by denominations of origin for agricultural products and by the revival of traditional arts and crafts that sustainability has consecrated as new market niches.

Their messages underscore the great convergence with IICA’s areas of work and its programs for promoting agricultural and rural development, as they discuss the role of agriculture in government agendas, calling for this sector to be given greater priority in order to achieve a harmonious and comprehensive development.

Considering this goal as a priority is a “safe bet”, since it builds citizenship and develops the capacity of human resources to formulate strategic plans enriched by international technical cooperation, one of the avenues along which international relations travel. In addition to the dimension of solidarity, cooperation has the capacity to drive development, by encouraging the modernization of the productive sector and innovation in public administration and trade.

The authoritative voices brought together in this book also reinforce the need to understand agriculture as a means of creating opportunities for progress and value aggregation, promoting bold actions in pursuit of social and territorial cohesion.

Another call to action that runs through the individual texts presented in this work, and whose individuality and diversity enhance the whole, making this book a document of great importance, is that they refer to the significance of a gender approach.

It has been clearly established that it is not sufficient to have a female or gender equity component in any given project or initiative. Nor is it simply a matter of increasing women’s participation in such efforts. A true gender approach implies incorporating the experience, knowledge, interests and needs of women with the ultimate aim of empowering them.

That it is the appropriate path to follow in order to transform what we consider to be unequal social and institutional structures into egalitarian and fair structures, for men and women.

Another important point made, in a context of accelerated and growing urbanization in our continent, is the need to highlight the strategic importance of rural areas as irreplaceable scenarios for the modernization of production, anchored in competitiveness, inclusion and the development of science and technology with a horizon of sustainability.

This work also helps to bridge information gaps on problems that affect rural women, deficiencies that restrict their analysis and limit the spread of social awareness of the issues that concern them.

This publication provides new elements and greater precision about who Latin American rural women are and how they live, both adults and girls: their low levels of education, high percentage of illiteracy, overworked, with little or no income, employed in informal and temporary jobs, with little coverage by the social protection systems, minimal opportunities for access to land ownership, technology and technical knowledge and, in the case of indigenous rural women, suffering from double discrimination.

Considering the progress achieved to date, it is crucial and urgent to move faster and go farther. The objective is to fully attain the United Nations Sustainable Development Goal 5: Achieve gender equality and empower all women and girls. Accomplishing this objective will depend on governments, international organizations and our societies.

One of the obligations of modern democracies is to create more and new spaces so that those population groups who suffer discrimination will no longer endure it. One way of opening up such spaces is to shine a powerful light on these questions in order to gain understanding, as a first step toward transformation. This new edition of Warriors – Rural Women Around the World offers us all the tools for that process and that is precisely its most significant contribution.

The key words are empowerment and equity. That is our goal. This publication, a great convergence of knowledge and will, is first and foremost, a robust strategy for achieving it.

At IICA we are grateful for the immediate response and solidarity of the individuals who have contributed to make this book a reality. Their response is a clear demonstration of the joint responsibility assumed by all the prestigious voices participating, and makes our Institute even more committed to this great partnership to fight for the visibility of rural women.

This publication is also a starting point that repositions IICA in relation to a key issue for the sustainable development of the Americas, and should be followed by transformative projects aimed at improving the conditions of empowerment and equity. Achieving those objectives depends on all of us. 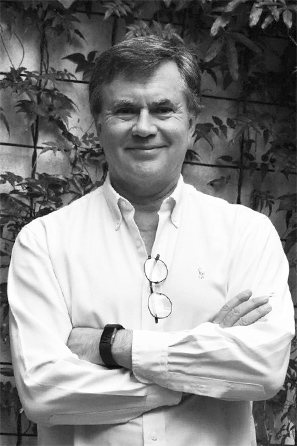