How many people think of farmers when they have a cup of tea or coffee, or drink a glass of wine, or enjoy a good meal? Only a small number of people, I guess. When it comes to female farmers, even fewer.

This article is a tribute to rural women who contribute immensely to the food security of humankind, but who face even more disadvantages in comparison to rural men and urban women. Here I offer my reflections after attending a roundtable meeting for the advancement of rural women in Argentina and suggestions for international policy coordination in global governance by recognizing and empowering rural women, or who I prefer to call “the force of nature,” who help us connect more closely with Mother Earth.

W20’s Choice of the Policy Topic ‘Inclusion of Rural Development’
Argentina assumes the presidency of the G20 in 2018. The key theme of the 2018 G20 is “Building Consensus for Fair and Sustainable Development”, with three key priority issues: the future of work, infrastructure for development, and a sustainable food future. By chairing the G20 in 2018, Argentina is seeking to shed new light on the future of sustainable agriculture. W20, which is the G20’s policy recommendation group of women, added rural development to its three existing topics of financial, digital, and labor inclusion. Considering the critical role of rural women in agriculture and food security, W20 Argentina’s decision is very meaningful.

This article is a tribute to rural women who contribute immensely to the food security of humankind, but who face even more disadvantages in comparison to rural men and urban women.

W20 Argentina hosted four roundtable meetings for each topic in order to develop policy recommendations by issuing four communiqués. These will be merged into one final communiqué at a writing session involving all G20 member country delegates on October 1, 2018. The final version will be submitted to G20 leaders at the W20 Argentina 2018 Summit on October 2-3, 2018 in Buenos Aires, Argentina.

The roundtable for rural development chaired by UN Women was held at the Sheraton Hotel on August 3, 2018 in Salta, Argentina. It was my great pleasure to participate in this roundtable in person as the only non-American delegate, excluding those from Argentina, Brazil, Mexico, and the United States.

The Challenges of Recognizing and Empowering Rural Women in G20 Policies
Through consensus-based policy recommendation dialogues among all delegates, experts, public and private sector leaders, and representatives from civil society, the W20 Argentina 2018 Communiqué on Rural Women was adopted with five recommendations: guaranteeing investment and improvements in infrastructure services; land-related legal, institutional and technical measures; access to gender- and cultural-sensitive social services; full and effective participation in decision-making processes; and statistical systems with quantitative and qualitative sex- and age-disaggregated data on the status of rural women, including various concrete actions such as the creation of a 2030 Rural Women Global Fund.

Since the topic is important not only in the Americas but also in other G20 countries around the globe, there should be measures to ensure continuity in future W20 presidencies and to ensure it has a great impact on the G20 agendas.

However, these are not easy tasks since there are many difficult challenges ahead. As Ms. Susana Balbo, Chair of the W20, highlighted in her opening remark, W20 Argentina 2018 is the first occasion on which the development of rural women is being addressed within the W20 framework. Advocacy for gender-based policies is hard to implement. Recognizing policies focused on rural women will be even more difficult.

Since the topic is important not only in the Americas but also in other G20 countries around the globe, there should be measures to ensure continuity in future W20 presidencies and to ensure it has a great impact on the G20 agendas.

Diversity of rural women, who account for 43% of the world’s agricultural workforce -- especially indigenous, Afro-descendant, migrant, and peasant women --considering its interconnectedness with financial, digital, and labor inclusion as well as the complexity of the policies, may help mutual understanding between policy makers, implementers, and advocates.

It would be worthwhile for G20 countries to work together to identify common challenges and possible solutions while considering their historical, political, cultural, economic, social and environmental contexts involving rural women. We all have to combine our wisdom, enthusiasm, commitment, and advocacy by identifying and sharing good practices to mobilize strong voices to make rural women more visible, recognizable, and empowered as a force of nature that is nurturing humankind.

Recently, MOGEF analyzed rural women policies, jointly with the Korea Rural Economic Institute and the Korean Women’s Development Institute, based on the Gender Impact Analysis and Assessment Act, enacted on March 16, 2012, and discovered a decrease in the number of programs supporting rural women among existing policies and an absence of focus on rural women in the formulation of new policies for rural development.

“The Project for Income Generating Activities of Rural Women” was a project exclusively for rural women, but in 2016, it was changed to a gender-neutral project offering technical assistance for small-scale entrepreneurship of both men and women in rural areas. Moreover, the percentage of women beneficiaries dropped from 57% in 2016 to 43% in 2017.

In the Act on Fostering and Supporting Rural Convergence Industry, enacted on June 4, 2015, rural women should be given priority support in terms of funding and training for the 6th industry, which refers to the convergence activity related to rural agriculture, encompassing the 1st, 2nd and 3rd industries. However, no such policies can be found in the first Basic Plan for the 6th Industry Development (2016-2020), based on the Act on Rural Convergence Industry.

According to the Gender Impact Analysis and Assessment Act, which empowers MOGEF to conduct an analytical policy evaluation of gender impact and make binding policy recommendations to the related ministries and institutions for modifications and improvements, MOGEF advised the Ministry of Agriculture, Food and Rural Affairs as well as its Rural Development Administration Agency, to prepare measures to boost the participation of rural women in the project offering technical assistance to small entrepreneurship in rural areas and to initiate an incubation project and support funds for start-ups by rural women.

MOGEF also advised that rural women be considered positively in the evaluation criteria for the 6th Industry Certification System, through which the South Korean government grants certification to qualified rural professionals, agricultural corporations, agricultural production associations, social enterprises, and cooperatives that fall within the 6th industry. It also guarantees various benefits such as consulting, funding, market channels, and favorable treatment in other projects like the Rural Area Industry Support Project and the Rural Resource Composite Industry Project. For example, if women legally represent entities or if the percentage of women employees goes beyond a certain level, the applicant will receive additional points in the certification evaluation.

The ministries and institutions that received policy recommendations have to take measures for improvements and must submit a relevant legal review and a revised budget plan by August 2019.

The South Korean government’s policies of recognizing and empowering rural women in other countries are implemented by the Korea International Cooperation Agency (KOICA) through official development assistance (ODA) policies, covering areas of education, health, governance, agriculture & rural development, water, transportation, energy, STI (science, technology, and innovation), gender equality, and climate change response. These policies are linked to the Sustainable Development Goals (SDGs) of the 2030 Agenda approved by the United Nations. The consideration of rural women is reflected mainly in agriculture & rural development as well as gender equality areas and partially in education and health areas.

The Importance of International Policy Coordination for Rural Women in G20 and non-G20 countries
The G20 Meeting of Agriculture Ministers was held on July 27-28, 2018 in Buenos Aires, Argentina. Through a joint declaration, G20 Agriculture Ministers acknowledged the important roles of farming families, smallholders, women, and young people in their fight against food insecurity and malnutrition in all its forms. The ministers emphasized coherent policy frameworks that create an enabling environment for their sustainable agriculture and entrepreneurship, discussed potential opportunities and impacts -- addressing scientific, technological, institutional, commercial, and trade related aspects --, and recognized the importance of responsible investment through the application of internationally accepted principles and good practices for those groups.

The first step would be to identify other countries’ policies that recognize and empower rural women, such as in South Korea.

The second step would be to compare policies among different countries. In this step, there should be a link between G20 and non-G20 countries on each continent. This inter-continental policy comparison can be used for policy dialogue, analysis, and exchange. This can be developed further as a bridge for policy transfers and support networks connecting G20 and non-G20 countries on different continents.

The third step is to accelerate bilateral and multilateral ODA polices of G20 and non-G20 countries including their public and private partnerships with like-minded companies in all forms.

After connecting national as well as inter and intra continental policies, the final step would be to expand into other policy areas, such as gender-conscious global trade for fair and sustainable development for rural women in global agricultural supply chains.

The Inter-American Institute for Cooperation on Agriculture (IICA) is a good example, not only by promoting national policy collaboration among its 34 Member States but also by enhancing regional cooperation between G20 and non-G20 countries.

The Consensus of Empowering Rural Women, the “Force of Nature”
In all possible steps, inter-continental consideration could play a key role in policy dialogue, analysis, exchange, transfer, and coordination between G20 and non-G20 countries, given the issue’s global, glocal and local nature.

The Inter-American Institute for Cooperation on Agriculture (IICA) is a good example, not only by promoting national policy collaboration among its 34 Member States but also by enhancing regional cooperation between G20 and non-G20 countries. IICA’s efforts have been coordinated through ministerial meetings between the Americas. IICA’s instrumental role is also reflected in the agricultural policy agenda in the Summits of the Americas.

IICA’s extensive expertise in recognizing and empowering rural women throughout the Americas would help other regions such as Africa and the Asian Pacific region. For example, it could initiate in-depth policy identification, analysis, and comparison of policies for rural women in the Americas and advance cross-continental policy exchange initiatives, which can contribute to SDGs globally.

IICA can also collaborate with the Inter-American Development Bank (IDB) to establish safeguard policies focused on rural women, such as the Environmental and Social Performance Standards of the International Finance Corporation (IFC) of the World Bank Group. IICA and IDB could support other multilateral development banks in similar efforts and mobilize global endeavors to maximize the contributions of rural women across the globe.

There is a saying that one enthusiastic person is better than 100 people with lukewarm interest. I saw many enthusiastic people in Salta, Argentina, with passionate spirits. All are fully committed to helping the voices of rural women to be better heard.

My first-ever trip to Salta, Argentina, and South America is unforgettable, not only because I met wonderful people with strong commitment, but also because I was able to envision there being more such people around the world. All we have to do is believe in ourselves and let the force of nature be with us, guide us and connect us.

The policy news of the Ministry of Gender Equality and Family: “The more vigorous measures are needed for expanding participation of rural women in the 6th rural industry.” (July 9, 2018).

W20 Argentina 2018 Guide Document of the Roundtable on Rural Women. 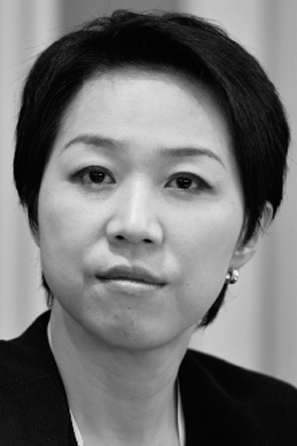 Founder and Executive President Global Competitiveness Empowerment Forum (GCEF). A B20 member and a W20 Delegate of Republic of Korea