According to an old development industry tale, many years ago an inspection team traveled to a rural community to check on an irrigation project. On arriving, they found a group of women wielding shovels and picks and pushing wheelbarrows full of sand and stones. “Where are the men hired to dig canals?” one of the visitors asked. “They’re playing soccer against the neighboring village,” a woman answered. “But why are you doing their jobs?” the perplexed outsider inquired. “Oh, we’re not working. We’re just helping out,” was the unironic reply.

While the anecdote may be apocryphal, there’s more than a kernel of truth to it. Rural women’s economic contributions are systematically underestimated. Take the case of Latin America and the Caribbean, where there are some 58 million women living in rural areas. By official estimates, 17 million of them are economically active, but only 4.5 million are considered agricultural producers. Many experts believe there’s a significant undercount, as farm labor carried out by women are often computed as household work. As hard as women might toil tending to vegetable gardens, raising poultry, or grinding corn, those efforts aren’t typically acknowledged as part of the aggregate rural output.

Men have far greater access to land, credit, technology and extension services than women, which explains the productivity gap between men and women in rural areas.

Beyond the questions of accuracy and fairness, the failure to properly account for rural women’s work points up to underscores another aspect of gender inequality: men have far greater access to land, credit, technology and extension services than women, which explains the productivity gap between men and women in rural areas. In my region, for instance, women receive only 10% of farming loans. But by some estimates, if they were offered the same access to productive resources as their male counterparts, female farmers could boost their production significantly.

Such an increase would go a long way towards narrowing another persistent gap: food insecurity, which happens when part of the population lacks access to enough food to meet their needs and lead healthy and active lives. That this should happen in our region could seem paradoxical, given our prodigious agricultural potential. Even though we were the only region in the world to achieve the Millennium Development Goal of reducing hunger levels to less than half between 1990 and 2015, the number of people facing food insecurity has grown. This apparent contradiction is explained because South America’s improvements in food production outstripped the rest of the region, pulling up the overall average. In fact, between 2015 and 2016, the number of people facing hunger has increased by 2.4 million, reaching a total of 42.5 million for our region – roughly the population of Argentina.

This worrisome trend casts doubts about our chances of achieving the Sustainable Development Goal of eliminating hunger by 2030. Making matters worse, our region is also experiencing a so-called “triple burden” of malnutrition: the simultaneous presence of undernourishment, micronutrient deficiencies, and obesity. These problems cause all kinds of complications, from limiting the cognitive development in infants to increasing the incidence of chronic diseases such as diabetes and cancer, which are rapidly overburdening our healthcare systems.

However, we are still in time to take actions to address the key dimensions of food security: availability, access, utilization and stability. And by placing a strong emphasis on gender equality and empowering rural women we might achieve more rapidly our goal of reducing food insecurity.

Food Availability
Food availability refers to the supply of food at the local or national levels, which depends on agricultural production or imports. In our region, women play a key role in availability by participating in all stages of food production, packaging and distribution. However, time restrictions can limit their involvement in farming, creating greater gender disparities. Inequality in women’s access to labor, land, training and technology further hampers their productivity and efficiency. Logically, narrowing the gender gap in access to productive inputs and resources could boost the availability of food and reduce hunger.

Land titling projects should be a fundamental line of action.

To achieve those goals, we should promote specific actions to foster female farmers’ participation in productive programs, including the provision of technical assistance with a gender approach. This implies setting specific targets of female beneficiaries and providing agricultural training that takes into consideration their specific needs in terms of language, accessibility, timing, and periodicity. Land titling projects should be a fundamental line of action. These must be designed and implemented to promote gender equity and equality by: (i) promoting institutions that protect equal access to land by men and women; (ii) providing women with information about their legal rights and responsibilities regarding land ownership; and (iii) promoting joint ownership of land between spouses.

Food Access
Even when there’s enough food available at a local or national level, households can face food insecurity if they lack the economic means to obtain food. Poverty and gender income disparities are threats to food access. In our region, female heads of household face greater levels of poverty than their male counterparts. According to international organizations, in rural settings, this is largely explained by the fact that 40% of women over the age of 15 receive no income despite working daily, often in agricultural activities. Naturally, boosting rural women’s incomes and narrowing the gender wage gap can help improve food access.

To this end we should consider two main lines of action. First, we need to promote more income-generating productive activities for rural women, for example by expanding their access to credit and training on production and commercialization activities. Second, we should expand economic opportunities for women by increasing female labor participation, narrowing the gender income and wage gaps, as well as promoting access to more productive and higher quality jobs for women in rural areas. For example, we can promote female entrepreneurship in rural areas through training programs that also help reduce gender discrimination.

Food Utilization
Women have historically played an indispensable role in ensuring household nutrition and wellbeing, particularly in rural areas where they are the primary caregivers and are traditionally in charge of the selection, preparation and provision of food. However, women also face greater challenges regarding nutritional outcomes, particularly obesity. In our region, the rate of female obesity stands at 26.8 percent, compared to 18.5 percent for men. This trend is particularly worrisome in the Caribbean, where the rate of female obesity is almost four times higher than the rate for men. Empowering women is key to improving nutritional outcomes. In fact, female empowerment is associated with improvements in household dietary diversity, maternal and child nutrition, as well as other indicators of infant development.

In fact, female empowerment is associated with improvements in household dietary diversity, maternal and child nutrition, as well as other indicators of infant development.

To those ends, we need to design and implement interventions in agriculture, water and sanitation, and social protection with a view to improving nutrition and empowering women. For instance, rural development programs should involve women actively in their implementation, raising their social and economic standing; while social protection programs should establish targets tied to female nutrition and health indicators. In addition, we need to promote projects that induce behavioral changes that lead to healthy diets and reduce overweight and obesity, mainly among women and children, who constitute the most affected populations. Finally, it’s crucial to increase access to potable water in rural areas.

Food Stability
Food stability implies that supply isn’t threatened by unexpected variations in prices or climate. Measures to ensure a stable food flow are particularly important for the wellbeing of the most vulnerable population groups, which are generally the worst affected by unexpected changes since they lack effective mechanisms to smooth food consumption. This is particularly important in the case of women, who are more likely to reduce their food consumption than other household members when facing unexpected shortages.

This suggests the need to design and implement policy instruments with a gender approach to reduce vulnerability of food systems to climate change and natural disasters. One line of action to tackle this is promoting women’s participation in climate-smart agricultural interventions. We also need to improve national agricultural research institutes’ capacity to develop and disseminate improved crop varieties typically grown by women, with increased resilience to climate change. Women should also be encouraged to play active roles in water user associations and to take part in decisions regarding irrigation in their communities. Finally, we must design disaster risk management interventions with activities that specifically target women.

Policymakers should strive to include gender approaches in all development programs in the productive, social protection, and water and sanitation sectors that target rural populations.

In summary, the evidence shows that empowering women bolsters food security. Going forward, rural development programs should reflect those goals. In addition, policymakers should strive to include gender approaches in all development programs in the productive, social protection, and water and sanitation sectors that target rural populations. Finally, to design and implement sound interventions, we will need higher quality data, disaggregated by gender, to measure women’s needs and contributions in terms to food security. If we succeed in doing the right thing by our female farmers, we have a chance to eliminate hunger in our region in our lifetime.

FAO (2017). Women in Latin America and the Caribbean face greater poverty and obesity compared to men. Retrieved from http://www.fao.org/americas/noticias/ver/en/c/473028/

FAO and PAHO (2017). Panorama of Food and Nutrition Security in Latin America and the Caribbean. Santiago, Chile.

FAO, IFAD, and WFP (2013). The State of Food Insecurity in the World 2013. The Multiple Dimensions of Food Security. Rome, FAO.

FAO, IFAD, WHO, WFP, and UNICEF (2017). The State of Food Security and Nutrition in the World 2017. Building Resilience for Peace and Food Security. Rome, FAO.

FAO (2018). Food and nutrition security in Latin America and the Caribbean. Retrieved from http://www.fao.org/americas/prioridades/seguridad-alimentaria/en/

Sraboni, E., Malapit, H., Quisumbing, A., & Ahmed, A. (2014). Women’s Empowerment in Agriculture: What Role for Food Security in Bangladesh? 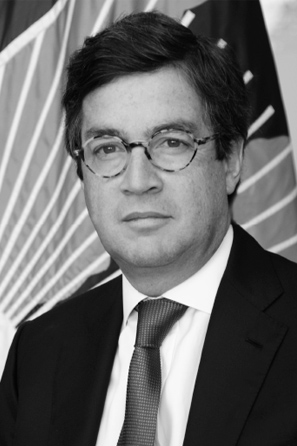