An important aspect of the development of humankind and achievement of the Sustainable Development Goals (SDGs) is the relationship that exists between gender and food security, which are two important topics which, by themselves, guarantee a more prosperous future for humankind, but which, together, represent an area of strategic action for the wellbeing of the inhabitants of the planet.

Perhaps both topics might seem to be dissimilar for some persons; however, the participation of women in agriculture is of strategic interest because of its strong impact and direct benefits for the family.

The United Nations Food and Agriculture Organization (FAO) has placed great emphasis on the importance of women as the cornerstone of the rural economy, especially for the countries of Latin America and the Caribbean.

It is for this reason that the rural woman requires the wholehearted support of public policies in order to transition towards intensive and industrialized production; to have guarantees in the face of potential threats to her crop; and to be able to participate, equally, in production markets.

A study that addresses this topic - published in 2012 by FAO – makes the following assertion: «The formulation and strengthening of public policies as well as the establishment of formal structures within the institutions that deal with rural issues, are proposed as solutions for resolving the aforementioned gaps, so that men and women receive equal treatment in the implementation of sustainable social projects and programs».

By analyzing some facts that we are aware of, and which reflect the serious situation of women in the rural economy, we realize that women have limited participation with respect to ownership of farms, and that whenever they become land owners, their plots are smaller and of lesser quality that those of the men. Similarly, the quality of the crops planted by the women is poorer because they do not have access to inputs and technologies as the men do, which limits their productive capacity.

Women receive only 10% of the total assistance destined for agriculture, forest activities, and fishing, while they have less access to credit in comparison to men.

Women are forced to involve their male children between 5 and 14 years in weeding, which results in an increase in the child labor indices. Women receive only 10% of the total assistance destined for agriculture, forest activities, and fishing, while they have less access to credit in comparison to men.

Consequently, the performance gap between male and female producers is between 20% and 30%, which is similar to the gap that exists in wages for men and women. If this gap were to close, the increase in female production could result in food production for 150 million people throughout the world.

It must also be mentioned that the indices for illiteracy are greater among rural women; and the average number of years of schooling is much lower than that for men. As the former Secretary General of the UN, Ban Ki-moon, stated: «Collectively, rural women are a force for driving progress worldwide». Let us work towards using that strength to construct a better country, with equity and sustainability.

The matter of ethics
Any reflection on an issue as important as food security cannot overlook the role of rural women in the 2030 Agenda for Sustainable Development: rural women in Latin America and the Caribbean are a pillar of small-scale agriculture, of peasant work and of daily family subsistence.

We live in a world where the selfish use and exploitation of the resources placed at our disposal is of prime importance, which makes future life on planet Earth unsustainable, as Pope Francis reminds us in his encyclical “Laudato si’: On care for our common home”.

It is an insult to human dignity and an ethical problem that hundreds of millions of people are suffering from malnutrition and famine, while worldwide 1.3 billion tons of food are wasted each year-- enough to eradicate hunger.

Consequently, we must urgently embark on the task of promoting mechanisms that ensure the availability and enjoyment of an adequate diet, which is essential for human life and development, while taking care of the resources that make the existence of human beings on the planet possible.

Without rural women there will be no food security.

The region has a comprehensive set of documents that reflect important agreements at the regional level, and which establish a road map towards the full integration of women in the production matrix.

One of them is the Montevideo Strategy, adopted within the framework of the thirteenth Regional Conference of ECLAC on Women in Latin America and the Caribbean, which raises the value and recognition of the economic contribution of women’s agricultural work.

The profile of women, stated in the aforementioned document, suggests that the poorest families, more than 60% of which are headed by women, live on marginal lands and do not benefit from technological advances linked to the production of high-yielding varieties. These families do not have the necessary resources to acquire fertilizers, pesticides and fuel; they face great technical challenges that prevent them from entering the production and marketing chains, and are forced to work doubly hard in order to make progress.

Concern leads to action
There is concern regarding food security, and difficulties that many encounter in obtaining food to ensure adequate nutrition for the population. This concern must lead to an action plan for working with rural women and should include strategies for supporting family members and linkages to developmental interventions, from the perspective of a community leadership and social inclusion of women.

In order to do this, it is necessary to promote family farming, vocational training, agricultural production, cooperative activity, financial inclusion and access to credit as poverty exit strategies that allow rural women to build their capacities for local resource-based enterprises and environmental sustainability.

All intervention strategies aimed at rural women should adopt a rights-based approach, focus on life cycles and prevention of violence against women.

As Mother Teresa of Calcutta said: “Together we can do great things.”

Empowering rural women for SDG
It is now time to explore how the 2030 Agenda can serve to promote rural women and empower them to address the challenges they face.

The rural woman is a change agent who makes an enormous contribution that is currently invisible to the public and interest groups. Rural women today assume an excessive burden of caregiving activities without remuneration or recognition; they are exposed to greater inequalities and violence and their social value is lower than that of men.

The need to promote the importance of rural women as managers in the reconstruction of the social fabric of rural areas cannot be postponed.

In developing countries, rural women play an important role as food producers and income generators, a role that the FAO and the Inter-American Institute for Cooperation on Agriculture (IICA) consider vital for the future of humanity, and which they believe amounts to 45% of food production in Latin America and the Caribbean.

In response to this reality, it is the responsibility of the coordinating bodies to implement the SDGs in each country, supported by the institutions related to agriculture, to create the spaces for dialogue and participation necessary for identifying the actions required to empower rural women.

It is possible, with the decisive support of international organizations, to dispel the vulnerability of Latin American rural women, to transform the structures of power and social customs that, historically, have characterized rural areas, which leads these women to suffer double marginalization: for being women and for being rural.

The opportunity for change that the 2030 Agenda offers us will serve to promote a new paradigm in rural development, the impetus of a society where rural women are not inferior or superior to men, but can cultivate the qualities that constitute their strength and value, a new rural woman capable of perfecting the community in which she lives. 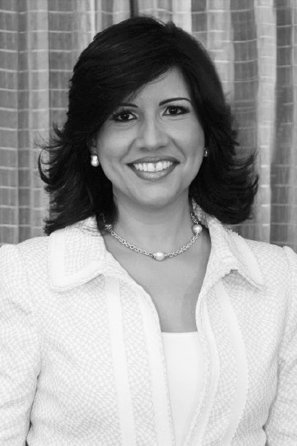