1
There is an official history – the history that everyone knows. Not long ago, Portugal was mostly a rural country. In 1960, 65% of the national population lived in rural areas.1 Income was largely drawn from agriculture, livestock and related activities. Many people worked from sunup to sundown for very little pay.

Poverty and sharp economic imbalances help us understand why the following decades saw the hinterlands becoming increasingly depopulated. By 2017, only 35% of the population in Portugal lived in rural areas. The share of individuals employed in the primary sector of the economy, which stood at 27% in 1981, fell to 6% in 2017.2

Filling in this gap is a task worthy of our greatest efforts. Connecting the dots. One might for instance delve into the writings of Ana de Castro Osório, a feminist author from the early 20th century who used oral accounts from poor peasant women as an inspiration in some of her essays and stories. One might go through a precious book originally published as a serial in 1948-1950 under the title As Mulheres do Meu País (The Women of My Country), in which the journalist and political activist Maria Lamas described the working and living conditions of women at the time. These conditions also inspired novelists such as Alves Redol, Soeiro Pereira Gomes or Ferreira de Castro.

All of these occupations were combined with a disproportionate weight of domestic and family tasks, unequally placed on the women’s shoulders since their early childhood.

But these women did more than work. Let us not forget about their engagement in community and political activities, regardless of the many obstacles they encountered along the way and the frequent belittlement of their role in later accounts. One of the events recorded in our collective memory occurred in the spring of 1846, when several women from Fontarcada, a small town in the northern region of Minho, played a key role in a popular movement that would eventually spread to other parts of the country, in opposition to the national government.

In the spring of 1954, this time in a southern town called Baleizão, a group of fourteen women harvesters joined their voices to demand a pay rise. The leader of this group was shot by the police. Killed at the age of 26, Catarina Eufémia became a symbol of the struggle for the rights of rural workers and the claim for a democratic regime in Portugal.

From the song As sete mulheres do Minho, by José Afonso, 1979

More than half of the women in rural areas have completed only primary education or less.

Despite notable improvements in access to healthcare and education, with very significant consequences for the lives of people in rural areas, the contemporary reality of these areas in Portugal is still permeated by multiple sources of concern.

One of them is an ageing population. The indicators on formal education are also worrisome. More than half of the women in rural areas have completed only primary education or less. A vast majority of agricultural producers do not have any specific training for their work.

Limitations in services that are critical to quality of life, such as those pertaining to childcare and eldercare, are especially detrimental for women as they continue to undertake most of the unpaid work in the family. Some of them still need permission from their husband or their father to engage in work or leisure activities. The pursuit of autonomy and freedom exposes a woman to intense social control and vilification, and it may jeopardise not only the respect of others but also her income, her social support network, even her physical safety.

However, a closer look also shows that some rural women are young, highly qualified, and taking up professional jobs that were once out of reach for them. Some of these women are developing ground breaking projects within cooperatives or microenterprises in agriculture, tourism and other sectors. Many innovative experiences led by women in craftwork have been successful, and boosted local communities and traditions with the support of advanced technological, design and marketing tools.

It is a duty of policy-makers to take the historical background into consideration. They must also respond to problems by enhancing the existing resources and potentials.

It is our collective responsibility to fulfil the 2030 Agenda for Sustainable Development, which asserts gender equality as a major goal. Economic growth is key, but so is the empowerment of all women and girls; so is the elimination of violence and harmful practices; so is investment in lifelong education and inclusive scientific and technological development; so is gender parity in decision making at the political, economic and public levels; and a number of other priorities that become immediately apparent when the experiences of men and women are taken equally into consideration.

Positive effects on the daily lives of women and men can only be achieved if strong emphasis is placed on the territorialisation of public policy. But what does it actually mean, to territorialise?

It is our collective responsibility to fulfil the 2030 Agenda for Sustainable Development, which asserts gender equality as a major goal.

It means bringing local characteristics and needs into the process of policy design from its very outset. It means creating specific tools to ensure and stimulate the fruitfulness of initiatives on the ground. It means investing in networking and partnerships. It means ascribing local authorities and non-governmental organisations a role as strategic agents in the definition and implementation of measures.

This is what we have been busy with.

Fair and vigorous action in the field of equality is only the beginning. We must also push for attention to gender asymmetries in all other fields of governance. Mainstreaming is crucial to ensure integrated, coherent and effective intervention on the ground.

Important developments in this regard have been recently achieved in Portugal. In particular, the gender perspective is now acknowledged in the national programmes for territorial cohesion and for territorial organisation. The same is true for the Programme for Rural Development, which includes financial support, training and technical assistance.

In 2016, more than three million adults participated in lifelong learning activities – about one million more than in 2007 –, with a balanced distribution between women and men.3 By the end of 2016, 42% of the projects funded by the Programme for Rural Development in the category of new agricultural workers were led by women.4

There is more than one history. And societies are changing as we speak. Inequalities persist and reshape. But victories are possible.

nstead of reducing women to a monolithic category, policy-makers must pay attention and ensure adequate responses to their specific needs and experiences.

Today more than ever, we know that women living and working in rural areas are as diverse as can be. In addition to gender, some of them suffer from additional discrimination and violence based on age, racial and ethnic origin, disability, nationality, sexual orientation, gender identity and expression, or sexual characteristics. Instead of reducing women to a monolithic category, policy-makers must pay attention and ensure adequate responses to their specific needs and experiences.

In fact, none of these issues can be entirely detached from the others. The promotion of equality and non-discrimination is a requisite for quality of life and should not be forgotten by any community hoping for an attractive and sustainable future.

Rural women deserve equality. They have long been clamouring for it. And, undoubtedly, they will persist until they get it. 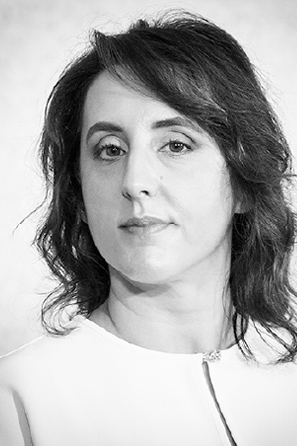 Secretary of State for Citizenship and Equality, Government of Portugal