It is Time to Shine
the Spotlight on Rural Women

Women 20 (W20) is an affinity group that defends women’s interests by interacting with the leaders of the G20, the forum for international cooperation that represents 20 economies. Focusing primarily on women’s economic autonomy, our aim is to convince the leaders that development can only be achieved if women are integrated more fully into the labor force.

Even today, 55% of women across the globe do not have their own income.

While progress has been made in recent decades, many challenges remain. The integration of an increasing number of women into the labor market has gathered pace in recent decades, leading to a substantial reduction in poverty and inequality. The rate of progress has slowed in recent years, however. The gender gap with respect to labor force participation rates may have narrowed, but the difference between men and women still stands at 27%.1 Even today, 55% of women across the globe do not have their own income. Although the situation in the G20 countries is better, none have managed to close the gap in labor force participation.

In taking over the chair of the W20, Argentina has inherited three core areas of work: labor inclusion, digital inclusion and financial inclusion for women, the issues on which the discussions have centered in previous years. These areas of work remain crucial but this year we have decided to add another one that is extremely important for Argentina, the region and the world: the development of rural women.

There are many reasons for this decision. Firstly, the issue is strategically important for the purposes of the country’s Presidency of the G20, since achieving sustainable food production tops the agenda. The W20 believes this objective will only be achieved if women play a bigger role and more favorable conditions are provided for them. Furthermore, the G20 countries account for 60% of the world’s agricultural land and 80% of its food production.2 We believe that the agreements that could be reached on women’s role in food production and in the development of rural areas would have a global impact.

Another very important reason is the predicament of rural women, many of whom are disadvantaged and invisible. Indeed, they are doubly disadvantaged because they are women and because they live in rural areas. All the global gender and development indicators point to the fact that the situation of rural women is worse than that of rural men and urban women. Women in rural areas have lower rates of employment and less access to basic services. In some cases, rural women have no identity document, which means they have no access to public resources, social protection, healthcare or education. They are also unable to elect their representatives or stand for office in order to ensure that their interests and needs are included in public policies. The fact that they work mainly in informal, poor quality, low-paid jobs limits their quality of life and that of their families. Overlooked as a group, rural women are subject to systematic discrimination and largely ignored in public policymaking processes.

For all the above reasons, but especially because of the key contribution that rural women make to economic development, we have decided to prioritize this issue. Rural women make a huge contribution to national economies, accounting for 43% of food production worldwide. It is also estimated that, were they to enjoy the same access to productive resources as their male peers, crop yields would be 20-30 percent higher, reducing hunger by 12-17 percent.3 In a world in which climate change is causing more droughts and water shortages and driving up food prices, we have to think about strategies for increasing and improving food production. Therefore, it is vital that women have access to more resources and technological innovation.

Rural women play a decisive role in maintaining their families, strengthening communities and reducing poverty. Since women invest more in human capital—in the health, nutrition and education of their children—, it makes financial sense to afford them greater access to economic resources, with the added fillip of possibly improving the future of the generations to come. Such measures have a big multiplier effect.

It should be noted that rural women are not a homogeneous group: they include indigenous, creole and Afro-descendant women. They also carry out a variety of activities as farmers, harvesters, fisherfolk and salaried workers. They also work in non-agricultural activities, such as handicrafts and tourism.

All the global gender and development indicators point to the fact that the situation of rural women is worse than that of rural men and urban women.

In many cases, it is rural women who preserve the knowledge and cultures of their peoples, passing on from one generation to the next the traditions, ways of life and livelihoods of their ancestors. Such knowledge must be safeguarded, as treasuring the past is the only way to ensure the future: a people with no past or roots has no future. Greater importance must undoubtedly be attached to such knowledge and traditions.

Argentina’s debt to rural women
The scale of the depopulation of rural areas in Argentina has been huge, with 90% of the population now living in urban areas4 and the highest figures recorded in remote areas. It should be noted that this process now appears to have leveled out, stabilizing at current levels.5 The distribution of men and women in rural areas is quite homogeneous, with a slightly higher percentage of men in the more remote areas. Rural women tend to live in small towns, as they often have young children and seek better options for education, work, health, care, connectivity and quality of life.

Health services tend to be concentrated in urban areas and basic at best in most rural areas, due to the lack of human resources and specialized healthcare for women and children, especially with regard to sexual and reproductive health. New forms of access to health services have been introduced, such as programs under which well-equipped mobile units, doctors and health promoters are working in rural areas. This is an improvement on the situation of today’s young women compared with previous generations, but access is still not guaranteed.6

Their gender and the fact that they live in rural areas are serious disadvantages as far as the integration of rural women into the labor market is concerned, with the situation being most critical in more remote areas. Fewer opportunities are available because of the difficulties they face in participating in the labor market while at the same time caring for the members of their households. Women in the countryside have a huge workload: they are responsible for domestic chores and the care of family members, productive tasks on family farms (basically for personal consumption and the sale of surpluses), as well as participating in community activities. The lack of childcare services and the blurring of the divide between productive and reproductive duties mean that all the efforts that rural women make to juggle the two roles go unrecognized.

A number of studies have highlighted the structural problems that exist in Argentina’s rural areas, such as access to the labor market, natural and productive resources and new technologies, as well as limited access to land, shrinking farm size and the advance of the agricultural frontier. All these factors contribute to emigration and limit rural women’s possibilities of economic development.

Women in rural areas also run the risk of becoming victims of violence because of the continued existence of traditional attitudes regarding the subordination of women. Their lack of access to justice and social protection services makes them even more vulnerable. Economic dependence prevents women from escaping from abusive relationships, especially when there are children in the household.

The legacy of the W20
W20 Argentina has drafted a series of recommendations that, in our opinion, chart the course that the G20 leaders should take to achieve greater participation of rural women in their countries’ economies. The delegates of the 20 member countries are agreed on the actions required.

Firstly, the countries should ensure that investment and improvements in infrastructure services, especially transport, roads, water, electricity, energy and connectivity, consider the needs of women and prioritize their economic empowerment. To that end, rural women should be included in processes aimed at identifying, designing, implementing and maintaining infrastructure projects. There is plenty of evidence to suggest that botched infrastructure projects have failed to consider the needs of women or usos y costumbres (traditions and customs of indigenous communities) in rural areas.

Secondly, the G20 member countries should develop systems that can guarantee legal land ownership and protection from eviction, land grabbing and the dispossession of rural women. Based on their ownership of land, women should be guaranteed access to productive resources, technology and markets, and receive the technical assistance required for the activities they carry out.

Lastly, we aim to promote the economic empowerment of rural women through the creation of the Global Fund for Rural Women 2030. The purpose of this fund would be to finance the productive projects of rural women in the G20 countries.

The countries should ensure that investment and improvements in infrastructure services.

Given rural women’s limited voice and participation, W20 Argentina proposes that rural women be guaranteed full and effective participation in decision-making processes, particularly indigenous, campesino, migrant and Afro-descendant women. To that end, we request that programs be established to strengthen the capacity of local communities, leadership and negotiation, and to promote parity, the democratization of political systems and the reform of electoral legislation to guarantee women full and effective participation. This request is consistent with recommendation 35 of the United Nations Commission on the Status of Women, which underscores the importance of strengthening the voice, agency, participation and leadership of rural women and girls, and the full, equal and effective participation of women at all levels of decision-making. It also recognizes the critical role played by rural women’s civil society organizations, trade unions, enterprises and cooperatives in gathering, uniting and supporting rural women in all spheres.7

Finally, it is extremely important that countries develop and implement statistical systems for collecting, analyzing and sharing qualitative and quantitative sex-disaggregated data on the situation of rural women, in order to craft evidence-based policies designed to improve women’s development opportunities, economic empowerment and entrepreneurship. This recommendation is very important given the scarcity of official data on the situation of rural women around the world. If we are to grasp their situation and devise focused policies, we need to understand who they are, where they are and what they do, their usos y costumbres, migratory patterns, access to land and productive resources, links with the labor market, and the supply and quality of public goods available to them, among other things.

What is the future of rural women within the G20? Argentina’s incorporation of this issue has proven to be a wise decision that has received strong support within the international community. We are therefore optimistic that Japan will continue to include work on the Development of Rural Women during its Presidency, and that the topic will be made a permanent area of the W20’s work. 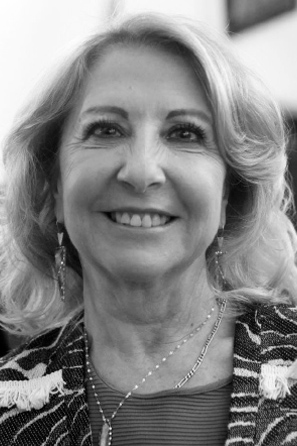