Latin America is engaged in a renewed effort to end hunger and malnutrition, with women leading the way. This effort begins with the enormous and fascinating diversity of the crops that power Latin American agriculture – and it is here, in agriculture, that women play the first critical role. As men migrate to cities or across borders in search of work, it is largely women who remain behind to tend farms, thus generating food and income for millions of rural households.

Tending a farm is a balancing act: what is affordable to grow, what will sell at the market, and what will produce a reliable harvest in unreliable weather? Farmers answer questions like these through the crops they plant, and the greater the diversity of useful crops and varieties that is available to them, the more answers they have.

If a field is too dry, or too high in the mountains, or too poor in soil nutrients for one type of maize – and it is often women who have to settle for these more challenging fields – then another type of maize, or another crop altogether, may still bring a harvest. Planting beans is often good for the soil, but again there are choices to make: some bean varieties survive diseases that decimate others; or cook faster than others; or, in the end, pack more of a nutritional punch than others.

As men migrate to cities or across borders in search of work, it is largely women who remain behind to tend farms, thus generating food and income for millions of rural households.

In this regard, conserving and using diversity is not just a solution for better farming; it fills an entire toolbox of solutions to put in farmers’ hands. In Latin America, malnutrition is one rising challenge that this toolbox is well equipped to meet.

With so many questions to answer, women and men who make farming decisions can seldom give their first thought to the vitamin and mineral content of what they plant, eat and sell. Yet all over Latin America, deficiencies in zinc and iron especially, add up to an enormous problem. They represent a ‘hidden hunger’ that weakens immune systems and causes serious health problems such as anemia, blindness, stunting, learning difficulties, and even premature death. While hunger may not be as serious here as in other parts of the world, it is now on the rise across the continent, and malnutrition remains a constant threat.1

In Guatemala, some 47 percent of children under the age of five are stunted while 17 percent suffer from chronic malnutrition – a figure that reaches 53 percent in rural areas and 66 percent among indigenous communities.2 In Colombia, one in four children under the age of one suffers from iron deficiency, and 27 percent of boys and girls aged 6-59 months are anemic. At the same time, the continent is also facing an obesity epidemic as a consequence of bad diets: some seven per cent of children, a third of adolescents, and more than half of adults are now overweight or obese.3

The lifelong disadvantages of these problems trap entire families in cycles of poverty, poor health and diminished possibilities for the future. But these cycles can be broken. Nutrition is a first step – and here, some of the answers are now in the hands of farmers, thanks to ingenious applications of crop diversity.

Biofortifying the Latin American diet
Latin America desperately needs a reliable and nutritious supply of food to address hunger and malnutrition. The diversity of the world’s food crops holds the tools to achieve this, too. Among the practical and cost-effective strategies for putting this diversity into use is biofortification: increasing the density of vitamins and minerals in a crop through conventional plant breeding, so that when the crop is consumed regularly across a country or region, it will generate constant improvements in nutritional status.

As with many plant breeding efforts, the process of biofortification starts with the crop diversity held in genebanks. Genebanks conserve the full global diversity of crops – created through thousands of years of adaptation and innovation by countless farmers – and make it available for breeders to study, test and use in developing new varieties. The Crop Trust works with genebanks to conserve this material for the long term, making it available to form the foundation of tomorrow’s food security, agricultural adaptability, and nutrition.

Biofortification through plant breeding has been well proven in the field, largely thanks to the work of HarvestPlus. They have been developing and scaling up biofortified staple food crops that deliver higher amounts of vitamin A, zinc and iron – the three micronutrients that the World Health Organization has identified as most lacking in diets worldwide. As part of the CGIAR Research Program on Agriculture for Nutrition and Health, breeders utilize the genetic material available in CGIAR genebanks and apply conventional breeding and modern technology to develop high-yielding and nutritious crop varieties that are adapted to the needs and preferences of farmers, including, crucially, rural women.

Vitamins and minerals today, diversity forever
Biofortification is the kind of work that can only be achieved by thinking of crop diversity as a shared global good. It is also the kind of work that will no longer be possible if too much diversity disappears. Unfortunately, this is what is happening: underappreciated and left behind by the pace of change, diversity disappears from farmers’ fields and from nature every day. At the Crop Trust, our role is to ensure that it persists in collections, where breeders can find it, forever.

In fact, this is the core of our mission. It is why the United Nations Food and Agriculture Organization (FAO) and CGIAR created the Crop Trust in 2004. Since then, we have been building up an endowment fund that will provide long-term funding for priority genebanks around the world and achieve an absolutely secure future for crop diversity. We have oversight and financial responsibility for genebanks that together represent the largest collection of agrobiodiversity in the world.

When the global public good of crop diversity is put to use, the breakthroughs are not only in nutrition. The toolbox of diversity is also full of traits that allow farmers and their crops to respond to environmental stresses. The International Maize and Wheat Improvement Center (CIMMYT) in Mexico has developed varieties of maize that survive exceptional droughts; the International Center for Tropical Agriculture (CIAT) in Colombia has bred more heat-tolerant bean plants; and the International Potato Center (CIP) in Peru is adapting traditional potato varieties to resist late blight, a disease that is spreading to higher altitudes as temperatures rise. These are all ways of adapting food production to climate change. And none of these options would have been possible without combing through genebanks to find the critical traits.

We also work with national genebanks in Latin America, which hold stunning diversity of their own in this birthplace of so many of humanity’s most important foods. We have worked with the Inter-American Institute for Cooperation on Agriculture (IICA) to host and train genebank managers from all over the region, and it has been wonderful to bring together so many dedicated people and institutions. It has been wonderful, too, to be a part of training current and future generations of scientists in collecting, conserving and using crop diversity.

Meanwhile, we are funding the collecting efforts of many countries – among them Brazil, Costa Rica, Ecuador and Peru – as our national partners search in remote regions for the wild relatives of crops like potato, sweet potato and bean. Some partners, such as Chile’s Agricultural Research Institute (INIA) and Zamorano in Honduras, also participate in global pre-breeding efforts to cross wild relatives with domesticated crops and make their special traits useful to breeders. The fruits of these efforts will be crops that are sturdier, more resilient, and more tolerant to drought, salinity, flooding, heat, frost... anything the future may bring.

From genebanks to crops to the women who grow them
There is a long road between the genebank and the family farm, and crop conservationists can’t always see the changes their work enables. It is therefore a great joy when diversity from the genebank can have as immediate an impact on the lives of farmers as it has through biofortification.

Many of these farmers have shared their stories. One is Valdileia de Moura, a 21-year-old farmer from Piaui, a semi-arid and drought-prone state in the north-east of Brazil. Valdileia adopted biofortified beans and drip irrigation and has seen her yields increase substantially, despite the adverse conditions she is forced to contend with.

There is a long road between the genebank and the family farm, and crop conservationists can’t always see the changes their work enables.

Another is Olivia Chunj Mijcohc, a 50-year-old farmer from the Totonicapan district of Guatemala. She adopted an iron-rich and higher-yielding variety of bean – ICTA SuperchivaACM – which takes significantly less time to cook. In recent years Olivia has been able to feed her family well, and sell surplus produce at the local market, providing an additional source of income.

Francisca Chun Tayun from San Bartolo, also in Guatemala, cultivates the same variety. Motivated by the health benefits for her young children, she also achieved higher yields and was able to save seed for subsequent years. Her enthusiasm for the iron-rich bean means that she now actively promotes the variety to other farmers.

Women farmers have been as integral to this success as they are integral to farming itself. From the beginning of the HarvestPlus initiative they have provided guidance on preferred crop traits, emphasizing the need for varieties that cooked quickly, for instance, or had shiny skins so they would attract buyers in local markets. Crop diversity then allowed breeders to develop nutritionally superior varieties that also met these needs.

Now that the biofortified crops are ready, designated ‘champions’ – often pioneering women farmers – have become ambassadors for the varieties, promoting their benefits to neighboring farmers and communities. This strategic farmer-to-farmer interaction has been one of the most rewarding aspects of the initiative. Self-sustaining value chains are emerging as women use the improved varieties to produce value-added products.

Meanwhile, there is a rising number of young female scientists working on the initiative who will go on to fill leadership positions in agricultural research as the older generation of researchers retire during the next few years. It is exciting to see developments that could reorient research across the region – making it more gender-sensitive and responsive to the interests and needs of women farmers.

Women farmers have been as integral to this success as they are integral to farming itself.

The future possibilities of agricultural research in Latin America, based on rich agrobiodiversity and the active participation of farmers, are truly exciting. And that excitement builds on what has already been achieved. This is nothing less than the development and enhancement of a food system that efficiently links international genebanks and advanced crop science with the priorities of farmers and the nutritional needs of all people.

We believe that greater investment and research into the potential of biofortification can bring nourishment and hope to the lives of up to a billion people by 2030. But first, this will mean acknowledging two basic truths: That crop diversity is essential to answering the challenges of the global food system, and that women are essential – as farmers, as scientists, and as decision-makers – to putting crop diversity to work. 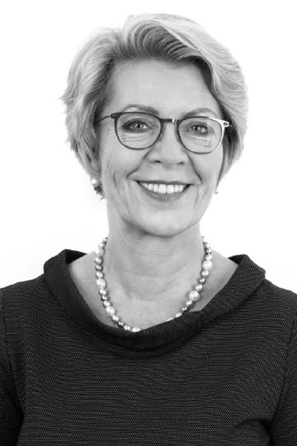