The Vital Contribution of Rural Women

“I’ve spent a lot of time working in the countryside, so I know real women who are fighting for real things, things that actually affect everyone.”
Vandana Shiva

There is no greater privilege than being invited to share one’s knowledge and experience, so allow me to begin by thanking the Inter-American Institute for Cooperation on Agriculture (IICA) for offering me this opportunity. I have experience in two areas: firstly, as an academic who has overseen research projects on rural women and, secondly, as a former member of the CEDAW Committee on the Elimination of Discrimination against Women. States are required to appear before this body to respond to questions about their public policies with regard to equality.

One of the articles we used to ask States about was in relation to the rural woman (Article 14 of the Convention), so we could understand the various difficulties faced within the different territorial frameworks and, of course, each country’s policy response. CEDAW has a General Recommendation (No. 34/2016) on the Rights of Rural Women that it would be worth disseminating among the different legislatures, because it deals with a range of issues, such as education, employment, access to resources like justice and health and, of course, public policies designed to enable rural women to participate in decision-making.

Through my work, I have had the opportunity to see things from both perspectives. For the four years that I was a member of the Committee, every State, without exception, was required to provide concrete data on the issue. Then I served as General Secretary for Equality Policies, between 2004 and 2008. During that time, the process of drafting the Law on Effective Equality between Women and Men (Ley Orgánica 3/2007) provided us with information about the challenges that still need to be tackled, which do not depend on major budgetary investment, but rather on strong political will to eradicate discrimination against women in the rural milieu.

Most rural women end up depending on their husband’s income, caught up in the informal economy created by the circumstances of their marriage, in which all goods and properties are in the husband’s name.

1. Rural women are informal workers, not landowners. A common characteristic of rural women is that they work in farming and animal-rearing because of their husbands. Husbands are the ones who pay social security—where such systems are available—and take livestock to market, fix prices and conduct business transactions. One question worth asking is, “How many women are involved in farmers’ organizations?” Most rural women end up depending on their husband’s income, caught up in the informal economy created by the circumstances of their marriage, in which all goods and properties are in the husband’s name. Spain decided to correct this situation, and when the Equality Act was drafted it included an article that regulated women’s participation on the basis of shared ownership, thus freeing them from their onerous dependence on men and ensuring they would not be left completely unprotected in the event of divorce. 2. Lack of access to resources. Education is a right that enables women to learn about all their other rights; without it, they have no way of knowing about the rights and guarantees to which they are entitled under a country’s legislation. In the past, only men had access to professional training on the subject, given the intensive nature of the work and long working days, without seasonal periods of rest. There are no incentives for young women to develop innovative ideas in the communities where they are born. The flow of rural dwellers to the city is due to the lack of services available. It has also been shown that the decision whether to stay in the countryside depends directly on women, that is, on the availability of health and education services, as well as transportation that affords access to more sophisticated services, such as hospital complexes or the area’s social services.

We are not a group. According to demographic data, women make up the majority of the population in every country in the world.

3. The false idea that women are a group. When designing public policies under a system of governance in which a government’s actions are validated by means of citizen participation, the authorities often make the same mistake repeatedly: they consider women as a group with special difficulties. We are not a group. According to demographic data, women make up the majority of the population in every country in the world, with variations in those that have endured a serious conflict or have a displaced population. Governments need to understand that by failing to consider the contributions of rural women (in terms of ideas for improving their farm operations), they are simply continuing to adopt the negative approach instead of taking into account the statistical data— focusing on women’s problems rather than on their contributions. Do governments facilitate denominations of origin for agricultural products? Or revive traditional art and craft forms that the new paradigm of sustainability designates as a new market niche? Who are the ones who get involved in these innovative forms of production most successfully? Rural women. This could lead to the development of specific professional branches of ecological agriculture. 4. Participating in policy-making. If governments fail to develop equality plans, rural women will not be able to participate in the design of policy strategies. But the policy world is based on a structure of loyalties and mutual support from which female rural workers are excluded because the heads of territorial divisions—mayors, governors, leaders—form part of an elite group comprised, almost exclusively, of men. 5. Failure to work together for progress. The best way for women to engage with the various levels of government is in a group, not individually, because agriculture, by its very nature, tends to be carried out on farms, large and small, with no interconnection among the women involved unless they produce the same product or offer the same service. Rural women should join forces not only to sell their end products, but also to address the issue of their shared living conditions, in order to achieve a better quality of life. There is an urgent need for rural women to unite for a common cause.

There is an urgent need for rural women to unite for a common cause.

But it is even more urgent that the branches of government include rural areas in their policy agenda—areas that are increasingly exposed to a globalized market, in which human rights are at risk of becoming an item of expenditure rather than a government’s democratic indicator. 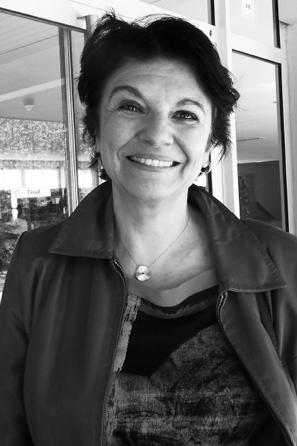 Secretary of State for Equality Ministry of the Presidency, Relations with the Courts and Equality, Spain