Opportunities and representation for rural women

Being organized in associations and cooperatives enables women to gain economic ground together, which increases their self-esteem, breaks down barriers and helps them surmount challenges.

Women’s participation in the labor market is on the rise, not only in Brazil’s large urban centers, but also in rural areas. According to data published in the 2017 Agricultural Census Report of the Brazilian Institute of Geography and Statistics (IBGE), of the more than 15 million people who work in rural areas, 19% are women, amounting to more than 2,800,000 people.

The study clearly shows that women are carving out an increasingly prominent role in agribusiness management. At least two out of every ten rural farm managers are women. A 2017 survey on the Habits of Rural Producers, carried out by the Brazilian Association of Rural Marketing and Agribusiness (ABMRA), indicated that almost one third of the administrative positions on rural farms were held by women. Comparing these figures to data from 2012, we can see that female participation increased threefold, jumping from 10% to 31%.

The Brazilian Agribusiness Association (ABAG) carried out a study that stated that women primarily work in smallholdings (49.5%) and smaller properties (26.1%). Moreover, 73% of these women work on the farm, performing tasks ranging from the operation of agricultural machinery to business management.

Although women represent almost 50% of the rural population, they are socially and economically vulnerable. The Federal Government has introduced measures to tackle this situation, through various public policies that promote cooperativism and sustainability, as well as social and production inclusion, with a focus on rural women. They also aim to afford women a more prominent role in the process of marketing their products and managing the income earned from their work. For example, by organizing themselves into associations and cooperatives, women are able to access economic opportunities collectively, which increases their self-esteem and helps them to overcome challenges and to break through barriers of prejudice.

Access to credit enables women to invest in income-earning production activities. This not only improves the standard of living of families, for example, by increasing food security, it provides women with greater independence and empowers them, thus contributing to greater equality between and women, in the family and in the community. According to data from the Central Bank, women received 25% of the loans awarded by the National Program to Strengthen Family Farming (PRONAF) in 2016. In some states, such as Ceará and Piauí, the figure was as much as 44% and 46%, respectively. Some 400 thousand women are at the forefront of this process, which represents a critical tool in guaranteeing the empowerment of rural women. Brazil has also instituted the National Family Farming Seal (SENAF Mulher), which seeks to recognize and empower women, by providing them with the autonomy to produce and market their products, while also strengthening and fostering production activities. This Program recognizes the contribution of women to food sovereignty and their importance to sustainable development, by highlighting their role as economic agents and political stakeholders.

Data from the Ministry of Citizenship indicates that more than 48% of suppliers in the Food Acquisition Program (PAA) are women. This Brazilian initiative has gained international recognition for having managed to link the strengthening of family farming to the production of healthy food, to ensure that healthy food is made available to people experiencing food insecurity.

Although the size of land holdings and the salary levels of women may not match up to those of men, this series of public policies focusing on this segment of the population represents an important step in promoting equality between men and women in rural areas. Decision-making by female landowners and the strength of rural female workers is changing the status quo of Brazil’s agricultural landscape.

The goal is for all activities related to agribusiness in Brazil to become increasingly inclusive, supported by an increasingly qualified workforce. Indeed, women tend to pursue specialized training more than men. Both in rural and urban areas, women’s level of schooling surpasses that of men. There is also an expectation that women born in rural areas and trained in the city will return to their roots, using their knowledge to contribute to the production chain in rural areas.

When female rural producers gain the same access to production and financial resources, as well as similar opportunities for income, education and services as men, this will boost agricultural production considerably and will significantly reduce the hunger and poverty indexes. With the support of policies that seek to guarantee independence and gender equality for rural women, we can further the process of empowerment and achieve higher standards of living and better working conditions for women in the countryside.

Another important aspect is care for the environment. In Brazil, we must take better care of our water resources, especially by collecting rainwater. We are currently developing an important program that will consolidate micro-watersheds in order to utilize the water collected in agriculture, as well as guarantee constant water supply for the population. In Australia, the country’s water supply has limited the growth of its agriculture sector. Although water is abundant in Brazil, it is crucial that we take greater care of this resource and that we build small dams to retain water that would otherwise run off. The states of São Paulo and Paraná have implemented interesting micro-watershed programs that could be replicated across the entire country in a manner that is environmentally friendly and places women at the forefront. The world is well aware of the fact that it is experiencing climate change. Our farmers are the most ardent defenders of the environment because their work depends on the conservation of the environment. In Brazil, we carry out a great deal of conservation efforts. As an example, our country transitioned from being a net importer of food, to a top food exporter. We increased our productivity by 346%, while expanding our farming area by just 33%. Brazil implemented a rigorous Forest Code unlike any other in the world, which estimates that native vegetation is protected in up to 80% of rural properties.

Our efforts must also aim to generate increasingly favorable conditions for the work carried out by farmers. Rural territories must offer more and better services. To this end, the Ministry of Agriculture, Livestock and Supply (MAPA) has implemented a program together with the Ministry of Science, Technology, Innovation and Communications (MCTIC) entitled Agro 4.0 Chamber. The program will allow for increasing connectivity levels in rural areas, as well as driving actions to transform Brazil into an exporter of Internet of Things solutions for agribusinesses, which are crucial to producing in a more sustainable manner (that is, without the need to expand cultivated areas). This program also focuses attention on small-scale male and female producers.

The Dom Hélder Chamber project benefited 57,486 rural families in Brazil’s semi-arid region through the provision of continuous technical assistance. This project is the result of an association between MAPA’s Secretariat of Agriculture and Family Cooperatives (SAF), IFAD and the National Agency for Technical Assistance and Rural Extension (ANATER). The project facilitates the implementation of actions aimed at combating poverty and supporting sustainable rural development in Brazil’s semi-arid regions. Through the integration of federal, state and municipal public policies, the project seeks to reduce inequality by moderating the effects caused by adverse climatic conditions.

Another important program that provides support to rural families is the Action Plan for the Northeast (AgroNordeste), which is coordinated by MAPA. The objective of the plan is to support the organization of agricultural chains, expand and diversify marketing channels, as well as increase the efficiency of production and social benefits in the Northeast.

The plan, which has been deemed a priority, was developed by a multidisciplinary team, to provide support in overcoming the challenges facing famers in Brazil’s Northeast region. The plan will provide solutions to overcome issues that limit competitiveness, and will assist in improving production systems. It will also contribute to broadening the access of rural producers in this region to various markets, credit opportunities, technical assistance services and new technologies, especially for the development of value-added products and strategies during droughts.

Agronordeste was developed in early 2019, based on field visits carried out in the states of Piauí, Ceará, Paraíba, Río Grande del Norte, Sergipe, Alagoas, Bahía and Pernambuco, where my team and I learned about various production and marketing initiatives, and were able to observe the reality of farmers in the Northeast region. Based on our findings, we decided to focus, at least initially, on eight micro-regions. Eventually, this area will be expanded to include additional beneficiaries.

This initiative is an example of a valuable partnership between the government and society, in which rural families, and rural women in particular, are a top priority and the focus of State actions. 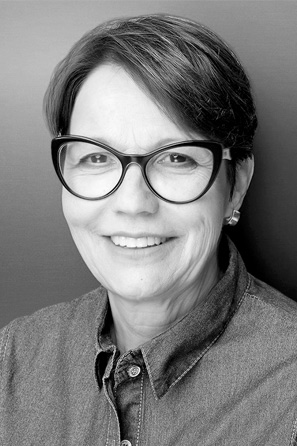