More women in agriculture to feed the world

Women around the world are having a material impact on a way of life that is largely perceived as male dominated.

On her humble 150-acre farm in China’s Hebei province, Wu Gui Qin is changing the face of agriculture. Here, in the rolling countryside, miles from the nearest urban center, the 65-year old woman farmer is growing some of the most productive corn crops in all of China.

Like so many small-holder famers, she wears many hats and is a tireless multi-tasker. She’s meticulous about the nutrients and protection she uses to ensure healthy yields, efficient water management, and soil conservation. She keeps a close eye on weather systems and encroaching pests. And she’s vigilant in walking her fields every day and sharing her constantly expanding knowledge with the rest of her village. In fact, Ms. Qin is legendary for providing selfless mentoring and counseling to other farmers, especially young women who are trying to make a difference.

Today, because of her efforts, her village and surround areas are in the midst of an impressive rural economic and agricultural renewal. Yields are increasing across local farms, more young people and women are finding sustainable jobs in agriculture, and nutritious food is being produced at a rate never seen before in this remote corner of the country.

Ms. Qin’s story, of course, is not unique. Women around the world are having a material impact on a way of life that is largely perceived as male dominated. Or as the World Bank recently cited in a report, “Women make up almost half of the world’s farmers, and over the last few decades, they have broadened their involvement in agriculture. The number of female-headed farming households has also increased as more men have migrated to cities. As the primary caregivers to families and communities, women provide food and nutrition; they are the human link between the farm and the table.”

Women’s contributions have never been more needed. In fact, when you sit down for dinner tonight, consider a few mind-numbing realities. About 7.7 billion people around the world are aspiring for similar sustenance. Over the next 30 years, that number will likely jump by another 2.5 billion people.

To put that into perspective, that’s the equivalent of adding another India and China to our planet within most of our lifetimes. That’s a lot of food we’re going to need – across the developing world, but also across our most heavily developed economies. No one is immune from the threat of food scarcity and security.

Bear with me now, as I posit a couple more startling realizations. Feeding this growing world is going to require, among other things, converting more natural land into farmland. Estimates claim at the minimum we’re going to have to convert an area the size of Mexico to farms over the next three decades. Or, if we don’t manage agriculture production efficiently, it could go as high as an area the size of Canada, which is five times the size of Mexico.

More people. More food needed. More land and resources required. More pressure on the environment. If this sounds daunting, well, it is. And it’s going to impact the way we live, where we live, and how we live for generations to come.

Indeed, agriculture is at a crossroads. While no one truly has a crystal ball, one thing we do know about the future of agriculture and food production is that the status quo isn’t going to cut it. We’re going to have to double productivity in just the next 20 years to stay on course, and do so without spoiling the very land, water and air resources that make food production possible.

The good news is we have the innovation acumen and intellectual capital within the agriculture industry and value chain to create an environmentally sustainable, food secure world.

But none of this will work without closing the gap between men and women in agriculture.

The simple truth is we can’t feed the world over the next 30 years and beyond without more women in farming. In fact, the United Nations’ Food and Agriculture Organization estimates that if women farmers are given equal access to productive resources such as land, water and financial credit, they can produce 20- to 30 percent more food. That alone will lift 150 million people out of hunger, and significantly more as greater numbers of women enter into farming.

Empowering women farmers and encouraging more young women to build careers in agriculture are central to our mission at Corteva Agriscience. To better understand the current status of women farmers around the world and to create a baseline from which we can measure growth in the future, we commissioned a study last year to look at the lives and concerns of women in agriculture in 17 countries across five regions of the world.

Our ‘Global Women in Agriculture’ study found that while women are overwhelmingly proud to be in agriculture, they perceive widespread discrimination regardless of geography, ranging from 78 percent who feel that way in India to 52 percent in the United States.

Only half of the women farmers surveyed around the world said they are equally successful as their male counterparts, and just 42 percent expressed that women and men are given the same opportunities in general. About a third of respondents said it will take a decade or longer before women begin to reach a level of parity with male farmers.

Another key finding of our study included a significant gap in salary. In fact, 40 percent of women farmers globally reported earning significantly lower income than their male counterparts.

Closely related, 36 percent of women farmers felt that they had less access to financing than male farmers, and larger numbers felt that a lack of agriculture training available to women was a major inhibitor to growth and success.

In fact, the desire for training emerged as the most commonly cited need among the respondents for removing gender inequality obstacles. The numbers significantly exceeded 50 percent for all 17 countries with Brazil, Nigeria, Kenya, Mexico, and South Africa citing the highest need for training.

Clearly, while our report was not surprising, it certainly pointed out the striking need and urgency for reform and equality. So, how do remedy this inequality? Awareness is the first step and one thing we heard loud and clear from women farmers around the world was that the more communication is needed to showcase the challenges and opportunities facing women in farming.

We saw this as a great opportunity to dedicate more time and attention on corteva.com, our company website, to capture compelling short films of women farmers around the world who are running successful farming operations, uplifting their local communities, and inspiring new generations of women in agriculture.

Stories like Ms.Qin from China, and Pratima Devi from India who is balancing work, family and community life while operating a successful rice operation. And Eunice Wangui Murunga from Kenya who chronicles her journey of risk and personal renewal by stretching herself to pursue her passion in farming, a similar story shared by Marilyn Hershey who is now running a successful 800-cattle dairy operation on the outskirts of metro Philadelphia.

I encourage you to check out these and other great stories by going to our website: https://www.corteva.com/thisismystory.html, and sharing “This is My Story” features with your networks.

Getting the word out is critical and nothing better enables that than compelling and engaging stories of women who are changing the face of agriculture.

Of course, awareness only goes so far. We learned from our survey of women farmers that more on-the-ground training and assistance are needed.

One such training program that we launched in Zambia with a local NGO is showing great promise. It’s geared toward helping smallholder and women farmers move beyond subsistence farming. Today in Zambia, 80 percent of the country’s 1.4 million farmers produce corn, yet only 27 percent produce enough to sell. The biggest stumbling blocks here are lack of access to productivity-enhancing inputs, good crop management practices and connections to farm markets, particularly in remote areas.

To address these challenges, we worked with our NGO partner, Muzika, to launch the Zambia Advanced Maize Seed Adoption Program (ZAMSAP), a community-based partnership. ZAMSAP provides farmers with hybrid corn seed and advisory services, as well as training in basic agronomy and financial and market literacy.

About 60 percent of participants are women and youth, and to date more than 200 women farmer groups, nearly 60 youth groups and 11 schools have engaged with the program. Participants plant and tend to experimental plots and given basic agriculture training to increase yields, reduce post-harvest losses and improve livelihoods. The program is modelled after a similar initiative in Ethiopia that has improved the quality of life for tens of thousands of female farmers across the country.

In India, we launched a mentorship and training program for women farmers, which includes new learning and practices they can employ immediately on their own farms. Each of the women who participate in the program also acts as a mentor and commits to passing knowledge down to other women across their communities, much like the leadership exemplified by Ms. Qin in China.

In North America, we have a number of training and development initiatives under way to support women, including Grow by Farm Her with educates young ladies ages 16 to 22, who are excited about their future in agriculture. The day-long events give the opportunity for young women to connect with peers, listen to speakers, and meet industry leaders. A similar program was launched in Ukraine through a partnership with a local STEM education group.

We see an opportunity for these and other programs to scale and proliferate around the world. One woman, one farmer, one community leader and mentor at a time.

In fact, they’ll have to. We need women engaged in farming. It’s more than a social and economic issue, although those are extremely important in themselves. At the end of the day, it’s about sustaining healthy, productive and nutritious lives for everyone on the planet.

Indeed, the stakes are high but so are the opportunities. Above all else, we need to act now – collectively – to ensure women have a prominent, productive and profitable path forward on our farms and rural communities around the world. 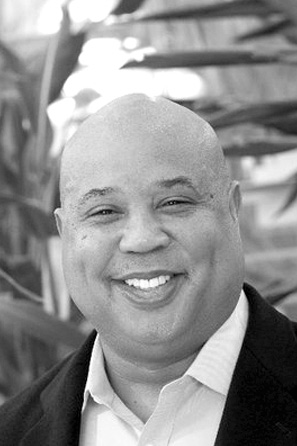