My Name Is Epsy Like My Grandma, a Brave Rural Woman

Today, rural women are still fighting for the same goals as Miss Epsy in the 1940s

She crossed the ocean with her father, leaving her mother and many siblings behind in Jamaica. She was only ten years old, but she had already been tasked with domestic chores while her father, a mechanical engineer, worked on the railway on Costa Rica’s Atlantic coast.

She would have been 100 years old today. She was my grandmother Epsy, after whom I was named. I never met her, but my father and aunts have passed down memories of her, and I credit her with being one of the central pillars of my life.

In my opinion, Miss Epsy symbolizes rural women who, as young girls, must take on adult responsibilities, without any rest and with few opportunities to study or improve their living conditions. Miss Epsy: a black migrant woman.

My grandmother followed in the footsteps of all women in rural areas. She lived with her father in the coastal village of Cahuita, in the province of Limón. When she turned 17, she when to live with and married my grandfather, with whom she had many children: first six, and then one more daughter, my aunt Beatriz, when she was about 40 years old. They owned a huge plot of land in Playa Negra beach. She and her husband would head out to the field very early, and she would return to the house very late to do the same household chores she had done the day before, and the day before that. She was the first person to get out of bed and the last one to go to sleep. She worked tirelessly to make sure her children and grandchildren never faced the same difficulties.

That strong, wise woman, who knew about medicinal plants and healing methods, who dressed impeccably to go to church every weekend, died unexpectedly at the age of 48, but not before passing down her love of the earth and the field to her children, especially my aunt Beatriz and my father. I believe I inherited her passion for work, as well as her determination, commitment and inability to keep still…

All of her grandchildren inherited her enormous energy for life, but I feel her influence even more strongly because I bear her name.

My mom says that one of the first phrases I learned to say was “it’s not fair!”

I remember the day my mom realized that that little girl was going to drive her crazy and she agreed to relieve me of my chores in the kitchen and let me go out and clean the yard with my brothers. I felt like the happiest girl on the planet.

I acquired this consciousness in a family of many women, a family in our capital city. I grew up in San José and not in the port town of Puerto Limón, although my roots are in Costa Rica’s Caribbean region.

My dad always tried to instill in my siblings and me an awareness of the fact that we were black; that that gave us an additional value and that we should not allow other people to discriminate against us because of it. As black people (in a predominantly white city), this was a frequent topic of discussion in our family, although perhaps other families avoided the topic entirely... My dad always told us sisters that we were pretty and smart. He and my mom always sought to provide us with a holistic education; some of us studied ballet, others dance, and others music. They believed that we had to prepare ourselves better than the average person did because life would demand more from us than from others. I believe that I inherited and built my consciousness within this family context.

I would not be me if I were not a black woman. And I have always felt happy and safe being black.

Young activism
When I was a junior in high school, I went on a trip and bought a blue purse with large printed text that read, “Never underestimate the power of a woman.” I happily carried that purse everywhere I went, displaying what I now believe to have been my first political banner.

I happily carried that purse everywhere I went, displaying what I now believe to have been my first political banner.

I became involved in political activism at a very young age, and I had to do so as a mother, first to Tanisha and then to Bernardita. (Dad would tell me I was very smart, but I got pregnant just as I was starting college!). With two young daughters, I didn’t have a lot of free time, but I never stopped being an activist.

Because of my early marriage, I went to live in Limón, where I became involved in environmental and women’s organizations. Together with other women, we founded one of the first organizations of black women. We were particularly interested in rural women, precisely because we lived in a rural area.

Later on, when I returned to San José, I established more coordinated linkages with women’s groups. It was the early 1990s and we had long discussions about sexism and racism and how they intersected. In 1995, I participated in the Fourth World Conference on Women in Beijing, China, which sought to advance the goals of equality, development and peace for all women everywhere in the interest of all humanity.

From my position
When you form part of a group that has historically suffered discrimination–although my life has certainly not been tragic in the least—you assume a commitment and establish a special bond with that group. I understood, from a very early age, that women of African descent, indigenous women and rural women face even more difficulties than most women do, and that not only men, but women themselves, would need to undertake extraordinary efforts to bridge this gap.

It is not true that we all have a level playing field. Moreover, development in our countries tends to focus on cities, and we forget about the countryside. Even when we eat, we never stop to think about the fact that someone had to grow that food.

Rural women’s needs are evident; however, their primary demand is to be recognized as producers, given the fact that they are generally thought of as assistants in production processes, even though they take on the most immediate responsibilities in the field.

As we strive to foster awareness of women’s important role, it is critical that women speak out. We must find a way to give them a voice, that is, to bring their reality to the foreground. Quite simply, it will not be considered a priority issue unless it is in the foreground.

As the current Vice President of the Republic and Minister of Foreign Affairs, I am occupied and preoccupied with the way in which women and major international agreements, such as the Sustainable Development Goals of the 2030 Agenda or others related to climate change, are articulated. Who does climate change affect the most, if not women living in the countryside? Who has greater needs in terms of the most basic aspects, such as health and education?

The commitments that countries assume at the international level must become a reality. Otherwise, women will be reduced to mere statistics: 5% or 20% of something, and no one will remember María, Juana, Sharon or all the other flesh and blood women, because they have been turned into figures.

As the current Vice President of the Republic and Minister of Foreign Affairs, I am occupied and preoccupied with the way in which women and major international agreements, such as the Sustainable Development Goals of the 2030 Agenda or others related to climate change, are articulated.

With respect to public policy, the goal is to cast our eyes toward all those women who have a hard time reaching urban centers to claim their rights, because it is they who face the greatest difficulties; they are the poorest women, and they carry on their shoulders the weight of all the shortages in their communities. These women live in places that may lack roads, schools or clinics, and sometimes even water or electricity.

As the Minister of Foreign Affairs, I am proud to announce that one of the key elements of our foreign policy for the period 2018-2022 will be Social Inclusion, Culture and Women’s Economic and Political Empowerment. This is just one example of how a woman can take advantage of her position in the government to ensure that women are incorporated into the political agenda as a priority topic, not only to provide them with greater visibility, but also to search for resources, to reintroduce rural development as a critical issue, and to provide tools to all of the women who are fighting tooth and nail. We want to ensure that women are able to exercise political leadership and have a voice in decision-making platforms; when we hold a privileged position, our idea of reality can be very different from what actually occurs in the real world.

We have assumed this commitment; now let us materialize it through actions. Let us provide a platform for women’s issues. We now face the challenges of democracy, development and inclusion as we work to achieve the Sustainable Development Goals.

Empowering women
It might sound overly simplistic to say that rural women should be empowered. What practical measures are we referring to? Empowering women is not a political act per se; it involves generating concrete actions that, for instance, would enable women to produce, sell their products or access credit opportunities.

It involves developing public policies that guarantee women’s access to land ownership, and provides them with real assistance. If male producers face difficulties gaining access to credit, it is even harder for women. We must guarantee credit conditions that they would be able to meet.

It involves building markets where they can sell what they produce in exchange for a decent price.

If we want to empower rural women, let us never forget them.

It involves generating the conditions required to drive rural tourism, by providing women with decent housing for their families, in which they can also welcome visitors to share their culture, experiences and way of life.

It involves creating opportunities in political parties for women to share their unique perspective in local governments, town halls or municipalities.

It involves promoting care networks so that they are not the sole persons responsible for looking after their children, the ill or the elderly.

If we want to empower rural women, let us never forget them. Let us keep them in mind in everything that we do and promote, and consider the amount of resources from our budgets that actually reaches them. Only then can we truly say that we are committed to rural women. 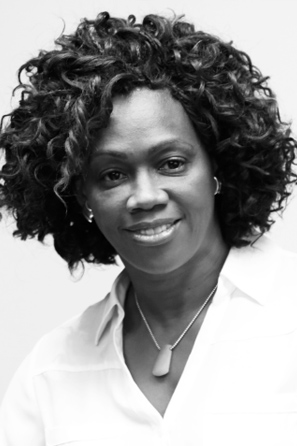