The objective of the Declaration is to help improve the living conditions of peasants and rural workers, women and young people.

One of the biggest challenges faced by the Member States of the United Nations has been that of working toward the achievement of the goals of the 2030 Agenda for Sustainable Development. On assuming the presidency of the 73rd Session of the United Nations General Assembly, in September 2018, I established seven priorities for the year ahead, in line with the 2030 Agenda: decent work; persons with disabilities; environmental action; migration and refugees; gender equality; youth, peace, and security; and revitalization of the UN.

With this as our frame of reference, we are working towards the achievement of Sustainable No. 5, which calls for efforts to “Achieve gender equality and empower all women and girls.”

As the fourth woman to serve as the President of the General Assembly, one of the UN’s main organs, Development Goal I have dedicated my work to the women and girls of the world. Achieving gender equality and empowering women and girls will make a decisive contribution to the advancement of the 2030 Agenda, and act as a major catalyst to the efforts to guarantee the wellbeing of all people on a sustainable planet.

I believe that the General Assembly, the most democratic, representative organ of the UN and of the multilateral system, has a key role to play in the promotion of gender equality and the empowerment of women.
The main thrust of my efforts as President of the 73rd Session of the General Assembly is to bring the work of the UN closer to the people by implementing actions that demonstrate that multilateralism works and translates into positive actions for the global and local community.

To that end, I am working to promote the political leadership of women, and transforming social norms to expedite the empowerment of women. I am also focusing on the urgent need to put an end to violence against women and girls, and to provide access to quality education, especially for girls in vulnerable situations.

One of the groups facing the biggest difficulties in all parts of the world—discrimination, lack of access to land and basic services, and the evident failure to recognize their contribution—are rural women. And this even though they make up one quarter of the world’s population (nearly 1.9 billion women live in the countryside).

Rural women guarantee that dwellings have water, look after water sources, grow most of our food, and work with small animals. They feed not only their families, but also their local communities.

The work they do makes a key contribution to the improvement of agricultural productivity and food security, which is vital to reduce poverty levels in their communities. Despite their enormous contribution, the work of most women is overlooked, undervalued and poorly paid. In developing countries, rural women make up nearly 43% of the agricultural workforce.

Figures tell only part of the story, however; it is important to understand the everyday lives of rural women. During the preparations for the World Conference on Women in Beijing, I had the opportunity to work with rural women, particularly indigenous women in Ecuador’s Amazon region, and was inspired to publish a paper about the experience. Clearly, the UN conferences have provided timely opportunities to develop a complex network of actors and obtain input from the grassroots about women’s needs and their bearing on the regional and international dialogue on indigenous women and sustainable development.

We addressed issues such as the need to guarantee the effective protection and use of women’s knowledge and biodiversity technologies, promote research on the role, know-how and experience of women in food collection and production and land use. But perhaps the most important aspect for the women was the fact they viewed their traditions as strategic assets, to be used not only to solve specific health and nutrition problems, for example, but also to preserve nature and their culture.

At the meeting of the Commission on the Status of Women in 2012, where the priority theme was rural women, the Member States failed to agree on a final document (agreed conclusions). But at that same meeting of ECOSOC’s functional commission, we promoted a resolution presented by Ecuador with the support of other countries entitled “Indigenous women: key actors in poverty and hunger eradication.” This very timely contribution also proved to be useful for subsequent efforts at the Rio+20 Conference.

In all these experiences, one thing in particular stood out: the fact that rural women are key actors for reducing poverty and achieving food security. They are the driving force within rural communities. But they also have less access to goods, education and services of every kind.

It was an enormous privilege to chair the session in which we approved the United Nations Declaration on the Rights of Peasants and Other People Working in Rural Areas, in December 2018. The declaration is intended to guarantee the protection of the rights of all rural populations, including women and men peasants, small-scale fishers, nomads, agricultural workers, and indigenous populations, among others.

The objective of the declaration is to help improve the living conditions of peasants and workers in rural areas, and of women and young people. It is designed to facilitate action on behalf of a huge segment of the world’s population affected by high levels of poverty and unmet basic needs; and, in the specific case of women, high levels of discrimination.

The approval of this declaration is also an important contribution to the international effort to promote family and peasant farming—for much of which women are responsible—and protect biodiversity. It also addresses the rights to health, education, drinking water, and housing, as well as financial services, technologies and environmental protection mechanisms.

This declaration must be promoted and implemented as an additional mechanism in the efforts to eradicate poverty and hunger in rural areas, and, of course, to reduce inequalities, which are priority goals of the 2030 Agenda for Sustainable Development.

The former UN Special Rapporteur on the right to food, Olivier de Schutter, has noted that the declaration makes an enormous contribution to the wellbeing of peasants for at least four reasons. Its implementation will help protect small-scale, family-owned farms and allow peasants greater access to the means of production. It is a policy guide framed within international law, which also contributes to the recognition of both men and women peasants and farm workers.

Specifically, Article 4 of the Declaration refers to the elimination of all forms of discrimination against peasant women; the empowerment of women and their full enjoyment of human rights; the participation of women in the formulation and implementation of development planning at all levels; equal access to the highest attainable standard of physical and mental health; access to social security, education, economic opportunities, participation in all community activities; equal access to financial services, agricultural credit and loans, marketing facilities and appropriate technology; equal access to land and natural resources; decent employment, equal remuneration and social protection benefits, and access to income-generating activities; and to be free from all forms of violence.

In particular, the Declaration recognizes the special relationship and interaction between peasants and other people working in rural areas and the land, water and nature to which they are attached and on which they depend for their livelihood. It also recognizes the contributions of peasants to development and to conserving and improving biodiversity, which constitute the basis of food and agricultural production throughout the world. Furthermore, it recognizes their contribution to ensuring the right to adequate food and food security, which are key to attaining the internationally agreed development goals, including the 2030 Agenda for Sustainable Development.

Several regional and global peasant and women’s organizations, as well as non-governmental organizations that have supported the process, have applauded the approval of the resolution, inasmuch as it recognizes the leading role played by men and women peasants in providing solutions to the many crises we face today with respect to food, the environment, and social and economic issues. However, it is essential to move beyond the Declaration on the Rights of Peasants to achieve recognition of the contribution that rural women make to food security, economic and social progress, and biodiversity protection.

Furthermore, during the meeting held in March 2018, the Commission on the Status of Women finally approved the Declaration on challenges and opportunities in achieving gender equality and the empowerment of rural women and girls. In the document, the Commission finally urges the countries to strengthen their normative, legal and policy frameworks on rural women, as well as the collective voice and leadership of all rural women and girls and their participation in decision-making.

The Commission encourages the international community to enhance international cooperation and devote resources to developing rural and urban areas and sustainable agriculture and fisheries, and to supporting smallholder farmers, especially women farmers, herders and fishers in developing countries, particularly in the least developed countries.

I held a high-level event entitled Women in Power at the United Nations on 12 March 2019, to provide a special opportunity to promote the political participation of women, including, of course, rural women.

We have made progress, but much remains to be done to achieve gender equality, eradicate discrimination and violence against women, ensure a full life for rural women, develop public policies that improve their living conditions, and empower them, so they continue to contribute to the construction of a fairer world in which peace is the norm. 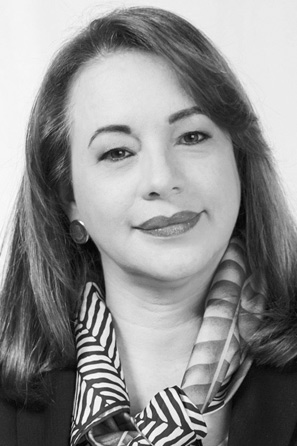 President of the 73rd session of the UN General Assembly