The Woman Whose Tears Flowed from One Eye Only

If she hadn’t been an orphan, maybe she would have been a writer. Or an actress. She was a marvelous storyteller

Pilar Huertas crossed the street slowly early in the morning, and knocked on the door of the house across the street. One of her sisters opened it:

- But how come you didn’t tell me?

She herself was born in 1914, and was headed for a good life until destiny put a stop to it.

28 years old and a with a husband away at war, Pilar had just given birth, alone, to her daughter Belén. It had been the same with her first child Juanico, born when she was 23. Pepa, the next one, almost didn’t live to tell the story. She was born with her umbilical cord wrapped twice around her neck and a bluish face. Then came four more: Paco, Adela, Antonio and Jorge. These last four were born with the help of a neighbor or one of her sisters. All of them at home, in her own bed.

She herself was born in 1914, and was headed for a good life until destiny put a stop to it. Her father, Paco, was a tradesman with high potential: he owned a slaughterhouse, a cured meat shop and Las Campanas inn, located in downtown Granada in the south of Spain. But the man suddenly became a widower with seven children and one on the way who never made it. Pilar was only three when her mother died, rumors say out of pure exhaustion.

They moved from Granada to the small town of Domingo Pérez. They had relatives there who helped with Paco’s orphans, his six daughters and his only male offspring until he remarried. There were olive trees and wheat to plow, and the land gave them lentils and chicharos, a crop similar to peas to feed the animals. In Pérez, he opened a grocery store, a shoe store and another inn. But in this town of 600 people, there was no way to continue with the girls’ education at a time when illiteracy in Spain neared 70% in children under the age of 101 and affected mostly women. The likely future for most girls was taking care of the household and the children. This was Pilar’s fate, due to a promise that had painted it black.

“Dear Lord, if they all come back safe and sound I will forever wear black”. Her only brother and the husbands of two of her sisters had gone to the battlefront, as well as the man she had just married, Juan. He was a man not used to taking sides, which is probably why he ended up fighting for both.

They all came back alive. And so she was forever in mourning, with her long black skirt and stockings, blouse and cardigan and rubber-sole cloth shoes, an attire that made her look ancient at merely 25. They could not make ends meet.

She had to visit her husband in prison, and bring him food, tobacco and some moral support.

For a year, she traveled into the city with her daughter Belén in her arms. Sometimes she had no money but went anyway. She had to visit her husband in prison, and bring him food, tobacco and some moral support.

This was all the result of giving food to the enemy. On a June day, Juan was plowing wheat when a group of men came down from the hills and demanded he give them food. They were the Spanish Maquis, the armed resistance to Franco that subsisted in hiding during the Civil War in Spain. Juan went to town, came back with cod, bread and meat. Someone reported this to the authorities and he was sent to jail for a year.

The trip from Domingo Pérez to Granada currently takes only thirty minutes on the highway, but in the past it involved walking eight kilometers through the countryside to the nearby town of Iznalloz, where there was a train to the capital. Then, one more hour of a rocky train ride sitting on the third-class wooden benches, with extreme heat in the summer and intense cold in the winter. Pilar sat on the last seat and hoped not to be seen. The day the inspector asked for her ticket and she did not have it, she lied for the first time in her life: “I’m so sorry, with the baby I seem to have lost it”.

Between the war, the long military service for Juan and the time spent in jail, several years went by before any money came into the house. They survived on a few olive trees, and with the help of Pilar’s sisters and Juan’s mother. Pilar’s father, Paco, had died when she was a teenager. Despite it all, the children never missed a meal.

The war ended, and so did Juan’s jail time. The children kept coming. Pilar woke up every morning to prepare a huge pan of breadcrumbs with garlic or baked potatoes. This was everyone’s breakfast as well as lunch for Juan, which he took to the farm. Juanico, his first son, soon started joining him at the age of eight. If the chicken laid eggs, the potatoes had a garnish. Most mornings, it was just the potatoes with some coffee and milk from the goat in the pen, on the ground floor of the house. Dinner usually consisted of chickpeas, bacon and hambone. Chicken and fine pork meat were reserved for special occasions.

When she was finished cooking, Pilar Huertas set up the fire with hay to warm up the house. She made the woolen beds, and had to fluff up each mattress for a while to prevent the strips from lumping and ending up at the foot or head of the bed. She scraped the floors on all fours. She also crouched to wash an entire basket of clothes in the river every day. Then she did the shopping, at a store where they only had cod, sugar and rice. Their real supermarket was their own garden and the animals in the stall. Each May, they scrubbed the entire house. She fed the pigs and cleaned the pigsties if Juan couldn’t. It was important to fatten them to ensure a productive slaughter in December.

As the children grew older, she spent whatever free time she had reading. Someone had given her the two volumes of Don Quixote with off-white covers. Pilar sat on a chair and slowly turned the pages. She tried to do this every day, with sunshine streaming in through the window or in the dark next to a candle.

She also went to church every day, driven by a combination of Christian determination and evasion. Her daughter Pepa claimed this was the only place where she could be in silence, away from the uproar from the children, the rants of her husband or the gossiping of her neighbors. All in all, she considered herself a lucky woman.

As the children grew older, she spent whatever free time she had reading.

-I have seven children like seven flowers; my children have no flaws- she said.

-I mean none of them is cross-eyed or has a limp. They have no defects.

In her town, there is a saying for people like her. Those who don’t have much, but are blessed with a healthy, living family that never goes hungry. The saying goes: “She has nothing to complain about, her tears come from one eye only”. People in Pérez still use this proverb.

Maybe if she hadn’t been an orphan, she would’ve been a writer. Or an actress. She was a marvelous storyteller. She narrated the tale of her orphaned childhood and the adventures of Fernandico, the little boy hired by her father to work on the farm and whom they adopted as one more brother. That was better than TV, a device that hadn’t yet arrived in town. Her daughters had to fight with their friends to go out on the street and play. The rest preferred to stay and listen to Pilar’s stories by candlelight.

The black uniform always accompanied her, with a bow holding her hair together. Only towards the end of her life, was she inadvertently released from mourning. While she was sick, her daughters sometimes dressed her in a blouse with tiny white flowers or a grey checkered skirt. At 51, she started developing Parkinson’s, which consumed her over the course of a decade. First she lost sensitivity in her fingers, then her tongue got stuck and finally, the stumbling and tripping.

During her final years, she barely spoke or recognized people. But she continued telling stories with her gestures. She formed the shape of a hollow hand, placed it over her chin and laughed. “Yes, yes” she mumbled, imitating Pepa’s new muscular boyfriend, thus indicating her approval of this good-natured youngster, who was first a baker and now worked in a bank.

Pilar died shortly after Pepa and her boyfriend Paco, my parents, got married. I never got to meet the woman who read the Quixote in her free time, although I often think about her story. We have rights our grandmothers never had.

I would not be writing about these great anonymous women who, like her, were the pioneers in a closed-up world and who gave up everything so that rural Spain, an impoverished black-and white moorland devastated by war, could flourish once again.

At 23, the age at which she had her first child, I was fresh out of college and living in Italy. I was there for a year to learn the language and travel throughout the country and Europe, performing in plays. I inherited her eagerness to tell stories and her passion for reading. Were it not for the tenacity of this matriarch dressed in black, who fluffed up the beds every day and escaped to the local parish church, I would not be writing about these great anonymous women who, like her, were the pioneers in a closed-up world and who gave up everything so that rural Spain, an impoverished black-and white moorland devastated by war, could flourish once again.

Just looking back reveals how much has changed. Unfortunately, too many things are still the same. The type of work my grandmother used to do and that millions of women still do today remains unpaid. They are the cooks, cleaners, caregivers and heads of household. And what women earn by working on the farms, if anything at all, is way below what men earn. In Spain, quite a large number of women fall within the salary range of 400 to 1000 Euros (455-1138 USD) as opposed to men, most of whom make between 1001 and 1400 Euros (1139 - 1593 USD).2

Despite major breakthroughs in health, one out of five births still takes place without a qualified midwife to assist. Almost 31 million babies were born without proper care in 20163, with women risking their lives and their children’s lives. Like my grandmother almost 100 years ago, who crossed the street and knocked on her sister Maria’s door: “But how come you didn’t tell me...?”. 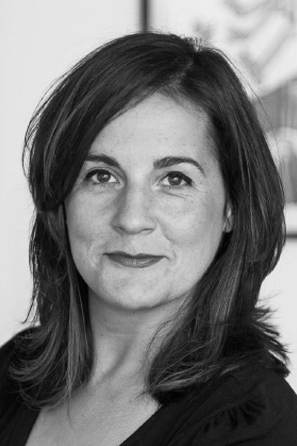