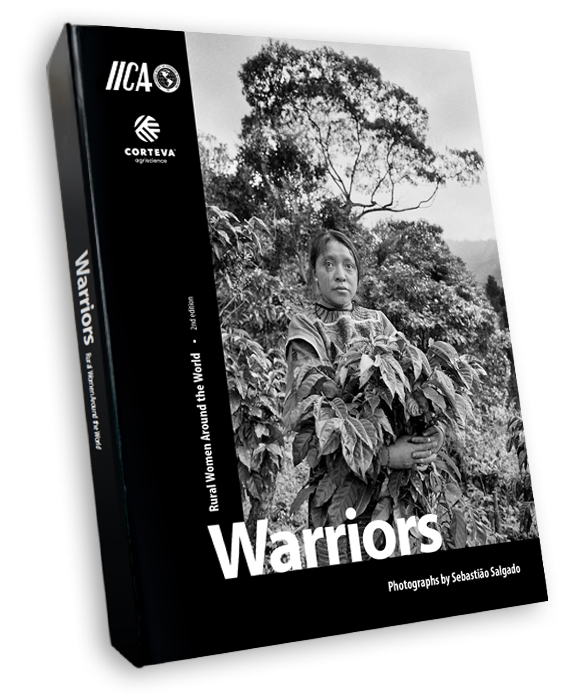 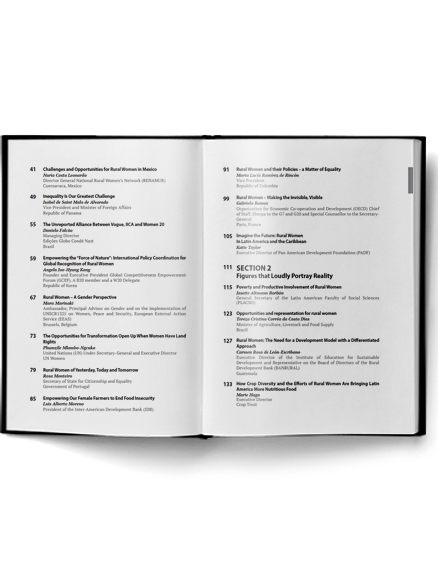 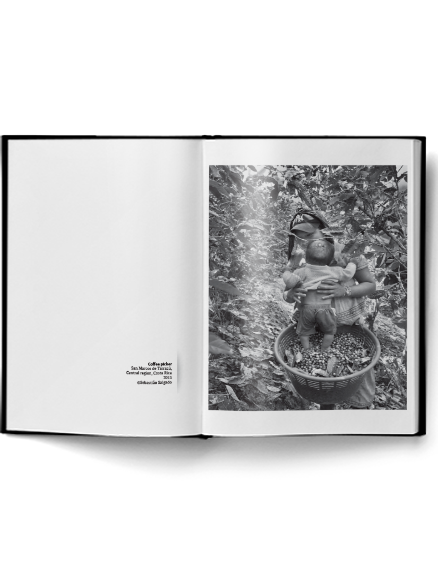 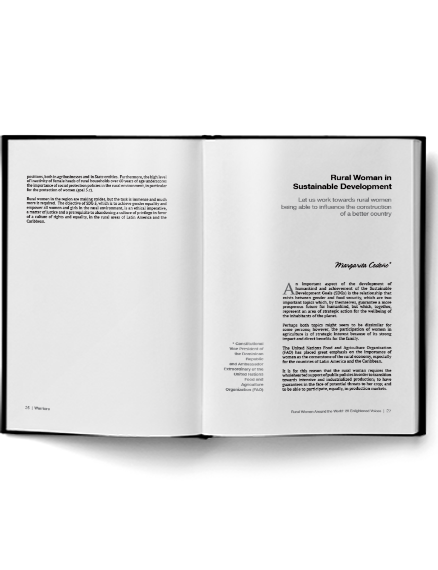 Warriors
Rural Women Around the World

This book, edited in Spanish, Portuguese and English by the Inter-American Institute for Cooperation on Agriculture (IICA), compiles written pieces by authors who, from very diverse perspectives, examine the status of rural women and their real contribution to agriculture and development in rural areas.

The purpose of the book is to commemorate the International Day of Rural Women, established by the UN and observed on October 15 each year, as well as to provide a powerful opportunity to reflect on this topic, which will provide an initial framework for the development of solid public policies geared toward rural women.

The authors, most of whom are women, accepted an invitation from the Director General of IICA, Manuel Otero, within the framework of the new institutional road map of the inter-American organization, which specializes in agriculture and rural development.

The 2018-2022 Medium-term Plan (MTP) is the roadmap that will guide the Institute’s work, including its new programs and projects, which incorporate gender and youth as cross-cutting issues.

The authors dissect data and statistics on the lives of rural women, and explain the urgency of creating opportunities to empower them; they also describe the reasons for which rural women should be prioritized in national and international agendas, with a view to achieving the UN Sustainable Development Goals (SDGs). Additionally, some of the authors share personal, intimate accounts of their own rural origins.

Sebastião Salgado, a renowned social documentary photographer and photojournalist, generously provided IICA with four photographs that form an integral part of the publication. Salgado received the Prince of Asturias Award for the Arts in 1998, an accolade that described him as a photographer “who has known how to portray the human condition and to render the inequalities of the modern world with an artistic treatment that is personal, engaged, poetic and technically rigorous.”

Among the authors of the book, one of the largest compilations of unpublished visions and articles on rural women ever printed, are a prime minister (Barbados); three vice-presidents (Costa Rica, the Dominican Republic and Panama); and a former president (Costa Rica). Several ministers of state who are responsible for equity and social development issues in their respective countries (Portugal, Spain and Argentina), as well as several leaders of women’s movements (in Mexico and Brazil), also participated in the initiative.

Some of the articles are written by senior officials of international organizations, such as the President of the Inter-American Development Bank (IDB), the Executive Secretary of the United Nations Economic Commission for Latin America and the Caribbean (ECLAC), the United Nations Under-Secretary-General and Executive Director of UN Women, the Chief of Staff of the Organisation for Economic Co-operation and Development (OECD), the Secretary General of the Latin American Faculty of Social Sciences (FLACSO) and the Rector of the University for Peace (UPEACE), among others.

Some of the authors, including the CEO of magazines published by Editora Globo y Globo/Condé Nast in Brazil and the gender correspondent for Spanish newspaper El País, represent the world of journalism, while others are opinion or business leaders. 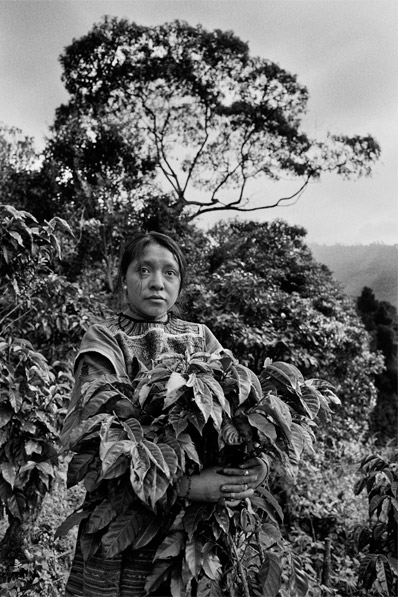 
It is Time to Shine the Spotlight on Rural Women


The Rural Women and Agenda 2030 in Latin America and the Caribbean: A Labor Market Perspective


In defense of rural women: a matter of justice and fundamental rights

Carmen Calvo Vice-President of the Government of Spain


Empowering Women in Rural Areas: Progress and Challenges in the Context of Agenda 2030


Challenges and Opportunities for Rural Women in Mexico


Inequality Is Our Greatest Challenge


The Unreported Alliance Between Vogue, IICA and Women 20


The Opportunities for Transformation Open Up When Women Have Land Rights


Rural Women and their Policies – a Matter of Equality

Gabriela Ramos Organization for Economic Co-operation and Development (OECD) Chief of Staff, Sherpa to the G7 and G20 and Special Counsellor to the Secretary- General
Paris, France


Imagine the Future: Rural Women In Latin America and the Caribbean 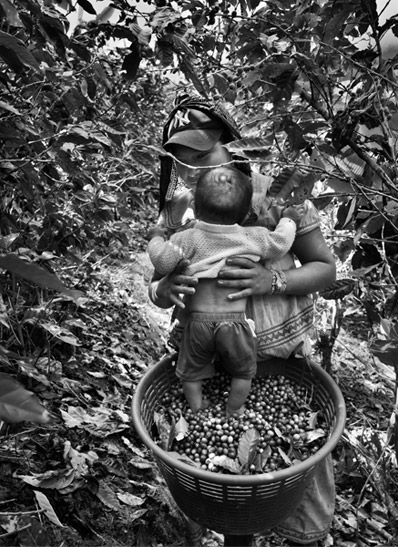 
Opportunities and representation for rural women


Rural Women: The Need for a Development Model with a Differentiated Approach


Rural Women in the Caribbean: Key Agents of Transformation for Genuine and Sustainable Development


The Vital Contribution of Rural Women

Soledad Murillo de la Vega Secretary of State for Equality Ministry of the Presidency, Relations with the Courts and Equality
Spain


From Knowledge to Action: Supporting Women in Agriculture in Latin America


Towards Gender Equality, a Challenge that Brings Us Together 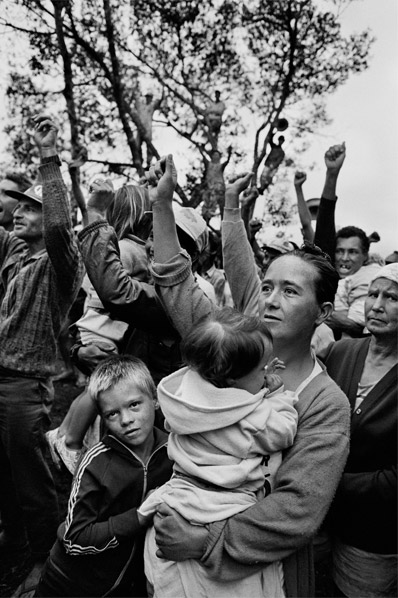 SECTION 3
In Our DNA


The pivotal role of rural women in the development of Paraguay

Silvana Abdo First Lady of the Republic of Paraguay


The Woman Whose Tears Flowed from One Eye Only


More women in agriculture to feed the world


My Name Is Epsy Like My Grandma, a Brave Rural Woman 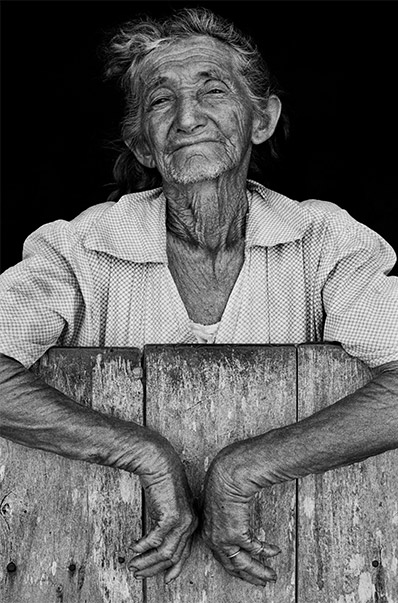